Only by working in partnerships can we enable UK plc to achieve its full potential. The freight and logistics sector’s stakeholders have to climb out of their silos and start to work with each other more readily. Peel Ports Group is at the forefront of those advocating change 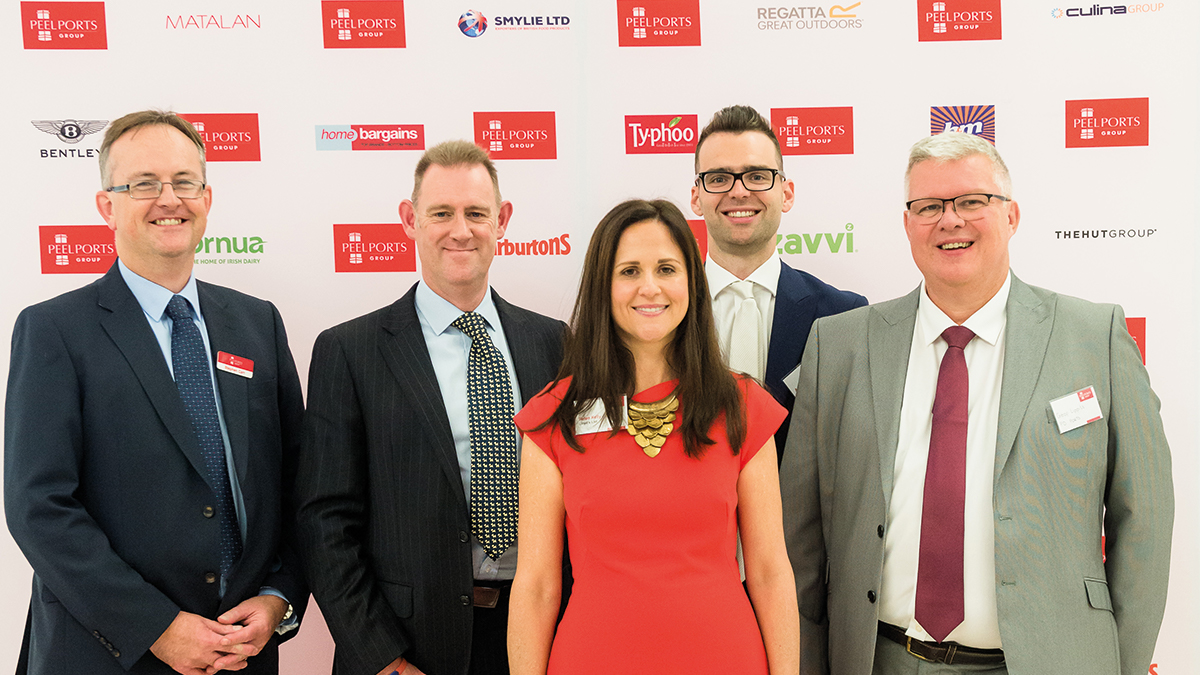 The continued economic prosperity of the UK in a potentially post-Brexit environment is highly dependent upon an optimised freight and logistics sector. However, if the sector’s various stakeholders continue to exist in silos and act in isolation, we will continue to fail to get the most from the complete value chain. More partnership working, coordinated thinking and collaborative lobbying are necessary. At the same time, more investment — by both government and the private sector — is desperately needed.

These were just some of the points made at a recent Lloyds List event, which brought Peel Ports together with several of the other more forward-thinking stakeholders in an Oxford Debate-style panel session designed to tease out the headline issues affecting UK freight and logistics and, by extension, UK plc.

Peel Ports Group is positioning itself in the vanguard of change. By spending £750 million on wide-ranging improvements to its port, storage and tri-modal distribution facilities, it is looking to demonstrate how targeted investment can help to improve competitiveness. The Group is also working with others in freight and logistics to engender a move away from regarding marine, warehousing and the various land transport modes as discrete entities, and to demonstrate how this can help to achieve financial and other savings.

For example, the Group’s Cargo 200 Initiative highlights how an over-emphasis on sea freight is skewing the cost equation of cargo delivery to the North-West of England.

The quay-to-quay cost benefit of bringing a container into one of the main Southern ports such as Southampton or Felixstowe may be as little as $100, yet only 40 percent of the goods shipped into the South of England remain there with the remaining cargo heading north. If a container were to arrive in the North-West to begin with, for instance at a more centrally located port such as Liverpool, we could avoid unnecessary carbon emissions, road congestion and costs.

The Cargo 200 initiative aims to cut freight mileage by 200 million miles over the next five years and could save up to £400 per container in transportation costs by delivering direct to the heartland of the UK, more than offsetting the quay-to-quay premium. It would also have a positive effect elsewhere. For instance, removing some of the burden of supplying the North-West via the South of England’s road network will help free up capacity on the southern road network to ensure the delivery of products can meet the demands of London’s growing population, predicted to reach 11 million by 2050.

Also, time spent in transit can be dramatically reduced by selecting the right location. An illustration is the delivery of a container to the Trafford Park estate in Manchester.

If that container is coming from Felixstowe, a unit of driver labour can make perhaps four deliveries a week at most and will have to deal with regular congestion periods. A tractor-trailer may leave Felixstowe in time to avoid congestion in Cambridge but will hit problems at Birmingham, and so on and on along the way. Starting from the Port of Liverpool productivity increases to 10-15 deliveries per week to the same destination. The route takes less than an hour, so hauliers can plan much more effectively to avoid congestion. A single driver becomes much more productive and tractor units can spend less time idle — because they are always operating nearby, they can be pulled back in the evenings and used within the port hinterland to shift goods around. Shunt drivers can make an additional six to seven deliveries per night, further increasing productivity. 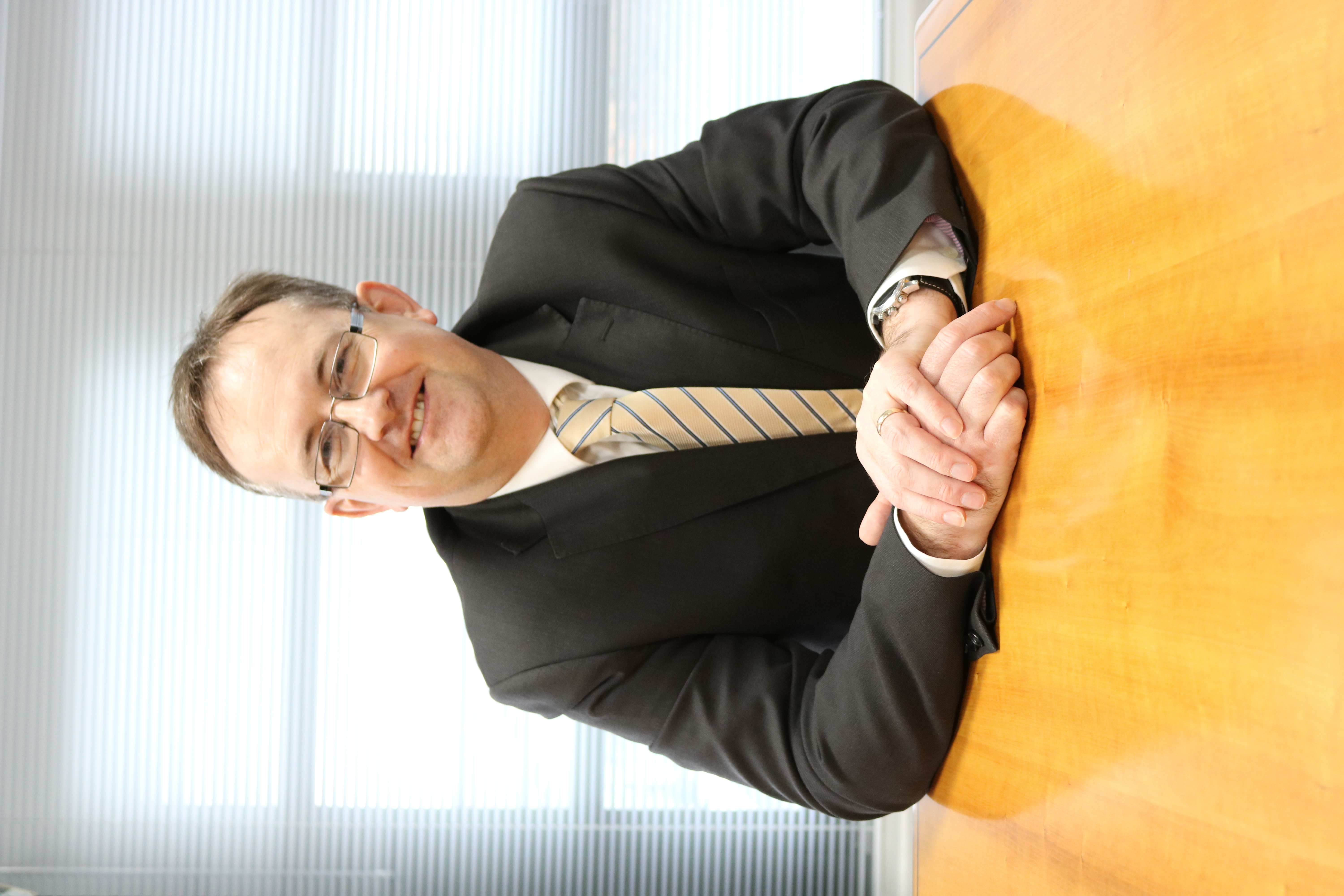 Stephen Carr, Peel Ports' commercial director
Peel Ports' commercial director, Stephen Carr, anticipates change in the UK’s trading pattern, as the country’s infrastructure cannot cope with ever larger containerships. This inability leads to congestion, which will cause shipping lines to use northern ports to get the cargo closer to their destination

World-class port facilities will always need to be able to connect with the hinterland, and a key concern is the current state of the UK’s road and rail infrastructure. The World Economic Forum’s Global Competitiveness Index for 2017-2018 ranks the UK as the world’s eighth-largest economy, but ranks its infrastructure as 27th behind countries such as Azerbaijan and Estonia as highlighted by ex-CEO of Shop Direct, Paul Miller.

Improvements are happening but not at the pace and levels needed. An estimated £12 billion of spending is required to bring our roads up to standard, and yet the UK Government has committed just half of that up until 2021. Our rail system also struggles. Much of its design remains rooted in the Victorian era and this places significant restrictions — in terms of tunnel bore diameters and so on — on the movement of goods.

And we must ensure that we furnish ourselves with the necessary skills. We are experiencing major changes. E-commerce has in recent years revolutionised how we shop. With fewer and fewer goods being bought on the high street, the whole framework of what is needed to service customers across the country is shifting. We have seen an increasing emphasis on distribution centres which facilitate to-the-door delivery of goods of all kinds. However, we face skills shortages right across the value chain and, in particular, we need new talent to come into the maritime sector. We need young people to realise its vital role in importing and exporting, in moving goods around the UK itself, and in maintaining the UK’s overall prosperity. More closely allying the various segments within the logistics chain will lead to greater cross-pollination and richer, more attractive career opportunities. It will help to inform and educate, and simplify recruitment and retention.

Partnership working will benefit those within freight and logistics, as well as those without. The key players within understand this. They understand how concerted action is needed to ensure that the evolutions we need actually occur. Too often, the freight and logistics sector is seen as a facilitator of industry, not as an industry in and of itself. Historical fragmentation has been a cause of this. It is time to change.