As our recently published Outlook 2018 series showed, conditions are ripe for a sustained market recovery in many sectors — if industry participants are vigilant enough to avoid past mistakes 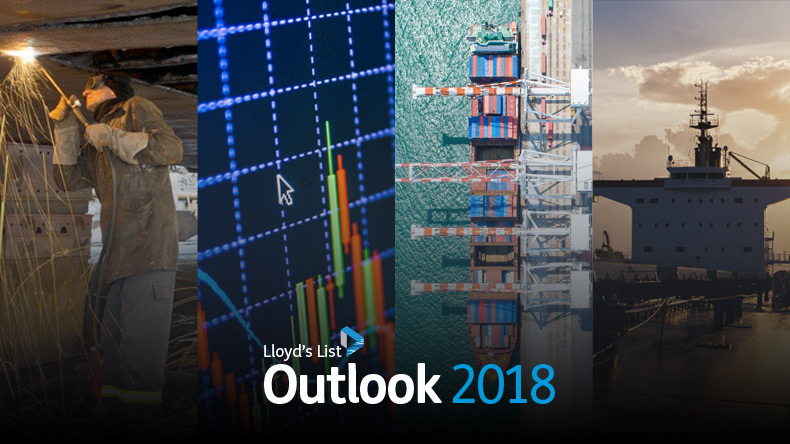 Look into the crystal ball - and decide what to do next

Look into the crystal ball - and decide what to do next

NEXT year could turn out to be the best year for shipping since the financial crash of 2008 - if industry participants are vigilant enough to avoid past mistakes.

As our recently published Outlook 2018 series showed, conditions are ripe for a sustained market recovery in many sectors.

Charter rates of liquefied natural and petroleum gas carriers are forecast to enjoy healthy rises next year; the upwards momentum of dry bulk and container shipping will likely continue; crude and product tankers are expected to rebound from their current trough.

Even the offshore sector could recover from the horrendous market condition it is in, with improved global oil balances amid healthy demand and the Organisation of Petroleum Exporting Countries' supply cut.

But a good year of freight earnings on its own will not be sufficient.

There have been periods of brilliant market performances over the past decade, but eventually they led to the over-building of new ships. Rate collapses followed.

To paraphrase Georg Hegel, pessimists may say the only thing shipping learns from history is that shipping does not learn from history. But things could be different: there are catalysts for owners to get ahead of the cycle, or even break it.

Conventional debt and equity financing in the western markets remain tight. What has emerged is alternative financing, the providers of which are often Chinese or Japanese, but with a higher price tag.

At the same time, a series of international regulations will kick in.

Owners will need to follow several new emission and data rules set by the European Union and the International Maritime Organization from next year. Then, in 2019-2020, there will be mandatory requirements covering ballast water treatment and a new sulphur limit in bunker fuel.

Meeting these rules will require investment.

In the past, shipping has tended to make a fool of first movers. But owners willing to pay for advanced technologies could actually benefit this time by saving fuel costs and harnessing digital transition in the next decade. In comparison, limiting spendings on fresh tonnage that can barely cross regulatory hurdles could be a smart move.

Even with external financing constraints, owners should have some money on hand in the coming quarters amid better freight environments.

How it is used may determine whether shipping will usher in a new age, or endure more of the same.

In the run-up to publishing the annual Lloyd's List Top 100 most influential people in shipping on December 15, we present the movers and shakers of the year in maritime next-gen tech.

Leading the field is Oskar Levander, vice-president of innovation at Rolls-Royce Marine, which has almost single-handedly led innovation in autonomous shipping over the past four years.

FITCH Ratings says the global outlook for the shipping industry remains negative for next year due to lingering overcapacity in most sectors.

"The overcapacity in shipping undermines the current rebound in dry bulk and container shipping rates and puts in doubt its longevity," the agency's senior director Angelina Valavina says in a report.

WITH the recent departure of Commissioner William Doyle, for the first time in nearly a decade one party will have complete voting control of the Federal Maritime Commission and be free to impose its agenda on the regulation of international waterborne commerce through this powerful five-member body.

The commission now comprises two Republican members and a Democrat ex-Congressman sitting out an expired term.

AS 2017 draws to a close, the container shipping sector can look back on a year of relative calm after the storms of 2015-2016.

Although freight rates remain stubbornly low on many trades, increasing volumes from growing world trade have lifted all ships, and through mergers, acquisitions and collapse, there are fewer carriers around to share the spoils, meaning each gets a larger slice of the pie.

CHARTER activity in the so-called slack season is being fuelled by an uncharacteristic surge in box demand, yet this has still to correlate with a jump in rates.

The slack season, covering the winter months, is a historically quiet period for the charter market. However, so far this year the traditional slowdown in traffic has failed to materialise.

THE American Bureau of Shipping is increasing its focus on digital operations by creating new senior leadership positions within the organisation.

THE Korean Register has said it will carry out inspections using aerial and underwater drones in yet another initiative towards the widespread adoption of the unmanned surveys among classification societies.

A EUROPEAN financial institution has agreed to provide Scorpio Bulkers with a credit facility up to $38.7m to be used to partly pay for three ultramax bulk carriers built at a Chinese yard.

BELGIUM-based Euronav has disposed of another very large crude carrier for a total sum of $45m as part of its fleet renewal strategy.