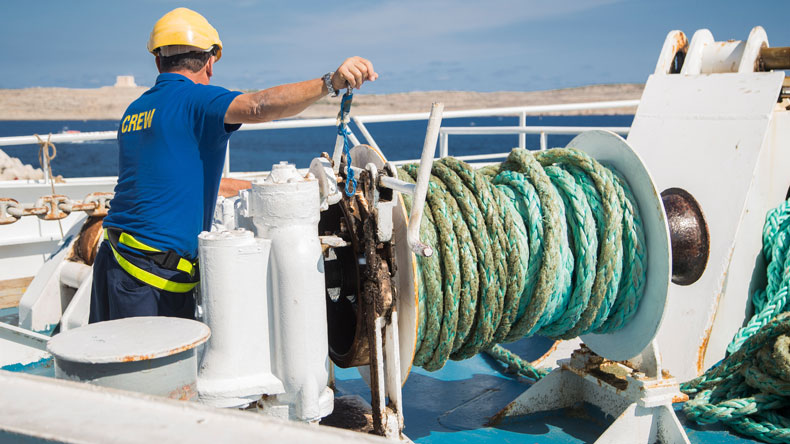 Source: Shutterstock.com UK seafarer certificates will no longer be automatically recognised by the remaining 27 EU member states from March 30, 2019.

UK SHIPPING interests are lobbying for continued mutual recognition of British and European Union seafarer qualifications in the wake of Brexit, after Brussels confirmed that existing arrangements would lapse following British withdrawal from the bloc.

The development would effectively put British seafarers onto the same footing as Flag of Convenience ticket holders, according to an official announcement from the European Commission transport directorate.

UK certificates will no longer be automatically recognised by the remaining 27 member states after Britain’s departure, currently scheduled for March 30 next year unless a transition period is agreed, it said.

There is a limited degree of wriggle room, in that existing UK certificates which have an ‘endorsement attesting recognition’ will remain valid until they expire. However, they will not be transferable between different EU flags.

The decision could hit an unknown number of Britons working on vessels on EU registries, the largest of which are Cyprus and Malta. It is also likely to prove detrimental in terms of the high regard in which UK certificates have traditionally been held across the world.

But in practice, a bigger implied problem may well be what happens to EU nationals serving on Red Ensign ships. While figures are not at hand to prove the point conclusively, they almost certainly outnumber British nationals working under EU flags, perhaps several times over.

The most obvious workaround would be for the UK to negotiate ‘recognised third country’ status, as a number of other maritime jurisdictions have done, under a deal which would accord continued recognition to UK certificates.

British shipping’s main trade association, the Chamber of Shipping, described ongoing mutual recognition of certificates as a matter of the “utmost importance”, and said that it had raised the issue even prior to the Brexit referendum in June 2016.

The EU already has mutual recognition stipulations in place with a range of third countries, and Britain should join their ranks after leaving the EU.

“The European Commission has indicated that, provided the political will for this exists, a seamless transition should be achievable, since the UK’s standards of competency and those attested to by other EU Member States’ certificates have been deemed as equivalent for many years,” it said in an email to Lloyd’s List.

Nautilus International wrote to John Hayes, UK shipping minister until this week’s government reshuffle, on this issue just before Christmas, but has yet to receive a reply.

The trade union’s general secretary Mark Dickinson highlighted the “potentially far-reaching consequences” of the notice from the directorate-general of mobility and transport, and argued that it was vital for the UK government to provide certainty for employees and employers alike in the coming period.

Mr Hayes was asked directly if recognition of UK seafarer certificates would form part of any transition deal, and whether steps would be taken to secure recognised third country status after Brexit.

Now that Mr Hayes has returned to the backbenches, Nautilus International has sent a similar letter to Jo Johnson, the new Minister of State for Transport.

The Maritime and Coastguard Agency, which is responsible for the UK Ship Register, had not responded to a request for comment at the time of writing.

Brexit talks in 2018 will be 'critical for UK ports', BPA says