‘There's a long way to go in tackling sexual harassment’

For too long, both men and women have allowed a culture of casual sexism and misogyny in shipping, writes Julie Lithgow 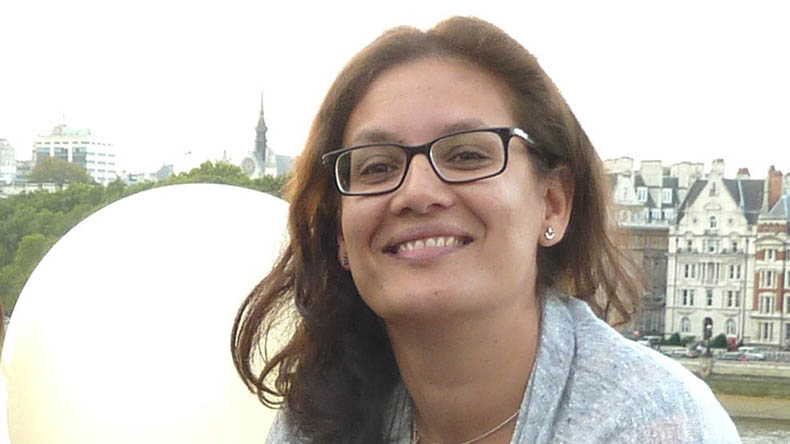 Lithgow: It is time to change outdated and unacceptable behaviours.

THE first-person accounts of sexual harassment and misogyny in the shipping industry we have recently heard from Birgit Liodden and Carleen Lyden-Walker are heartbreaking. Not because the incidents are shocking (they are not a surprise) but because almost every woman I have worked with in shipping can offer similar stories.

Until we accept that sexual harassment has become normalised in society and in work, we cannot hope to end it

How do women in our industry cope? And why do we come back to work each day?

Well, that is a really personal decision from each of us. Some of us pretend we don’t see it or can’t feel it; some call it out each time; some try to avoid the men in the future; some accept it and end up in relationships with their bosses; some stop going out to evening events altogether; some look forward to getting older and ‘less desirable’; some sideline themselves into less frontline jobs; some give up; while some cry in the bathrooms – then regroup – and fight on another day.

The majority of us will resort to a combination of the above, where we call it out (and then worry we will get a reputation for being ‘difficult to manage’) until we run out of energy, then try to ignore it (and worry that we’re letting the sisterhood down), and then repeat the cycle again.

There is a wide variety of casual sexism and misogyny in shipping, from the patronising way women are referred to, to the covert and overt ways we are excluded.

I would challenge the premise that is used to defend people in power that this is somehow cultural, or how the industry works, or we are just slow to change.

Our shipping industry (at sea, and in our offices on shore) is safer, healthier, more diverse than it has ever been and operates in a period of unsurpassed global economic and technological progress.

Daily, we work across intentional boundaries and we are able to modify our behaviour to undertake business with people who hold different values, come from different cultures, have different business etiquette, socialise differently, and negotiate differently.

So, we aren’t the product of a ‘old school’ culture, but we are able to constantly adapt to our environment. We are – in other words – in control of whether we want to be decent human beings or not.

The reason this subject is so difficult is that for a long time I have been part of the problem; because I didn’t challenge the groping at an industry dinner when I was 23 (but I have never worn that dress again); because I didn’t tell anyone about the unwanted, anonymous, middle-of-the-night text messages to my work mobile that gave me a sleepless night (but I stopped having a mobile number on my business cards).

For 20 years, I have made excuses for my industry and for the culture in the City of London over and over again. In fact, I have been prideful of succeeding within a system that is culturally stacked against me. I have not been mindful of how my acceptance of the unfair playing field has made it harder for others to raise their voices.

So I have been part of the problem that makes sexism, covert and overt misogyny acceptable, and that is the environment in which sexual assaults in the workplace became permissible.

That stops now. I am going to try to be part of the solution. I want to encourage you to feel that you can do something to empower your colleagues and make our workplaces somewhere where our diversity thrives and strengthens us.

• Expect other people to be decent human beings, and help them if they forget that. If someone says something that is dehumanising of another person – based on gender, colour, sexuality, nationality or seniority – I’m going to call it out.

• Amplify the voices of the women around me, and be aware that they may not be used to being heard.

• Not allow excuses on grounds of age. If you have worked successfully in shipping for 40 years, then I am going to credit you with the intelligence, diplomacy and skillset to navigate this new culture. Also, it is time to call it Sri Lanka, not Ceylon (but that’s a conversation we can have another day).

• Not mistake confidence for competence – and take the time to ensure that the quietest person in the room may not be the least capable, and that the loudest voice may not be the most capable.

• Check my privilege – which means that, while I might have a certain perspective and viewpoint, I am not the spokesperson for the experiences of women in shipping, or people of colour. Other people have other viewpoints and hearing all of them helps us move forward.

This is a conversation that was a long time coming; that is why it feels so hard.

If you feel the pendulum has swung too far, take a deep breath, we have got a long way to go. And don’t worry about where this will end. It is not a pogrom against men.

Where will it end? In equality... and equality is not the threat. It is the answer.

Julie Lithgow is director of the Institute of Chartered Shipbrokers, was head of business intelligence at Pole Star Space Applications, and with the European Naval Force in the Gulf of Aden as part of the response to pirate attacks on commercial shipping. She is a member of the Women's International Shipping & Trading Association.