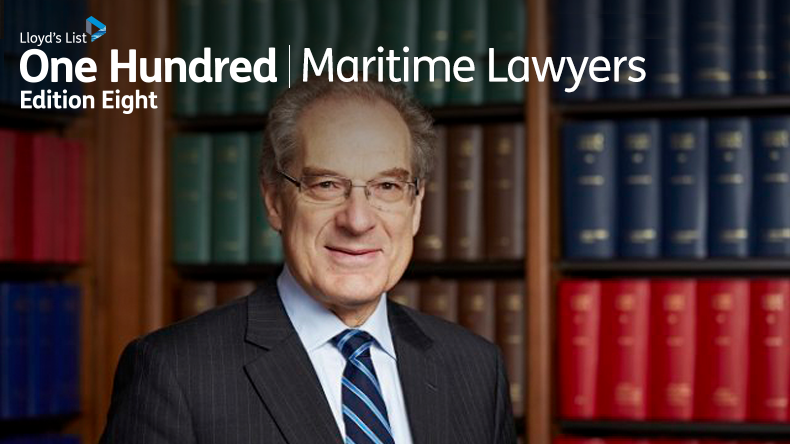 Lord Mance sits on many of the most important shipping cases that make it all the way to the court of last resort.

ONE of the 12 serving Justices of the Supreme Court and promoted to deputy president in 2017, Jonathan Mance sits on many of the most important shipping cases that make it all the way to the court of last resort.

He is not the kind of guy to shy away from controversy, either, and will issue a dissenting judgment where he does not see eye-to-eye with colleagues. His cases this year have included Ocean Victory and MV Longchamp.

STEPHEN Askins has long been something of an unsung hero, often securing the release of seafarers held hostage by Somali pirates by acting on behalf of owners in ransom negotiations.

This year, he has worked pro bono for the Chennai Six, the British nationals held in an Indian prison since 2013 on weapons charges, on account of their employment with a maritime security company. The good news is, the men will be spending Christmas with their families.

MEI Lin Goh is partner and head of the Singapore office at Watson Farley Williams. Her work over the past year has included acting for the financiers in the $14bn merger of Hapag-Lloyd and United Arab Shipping Company.

In October, she was announced as the i-law maritime individual lawyer of the year at the Lloyd’s List APAC Awards. 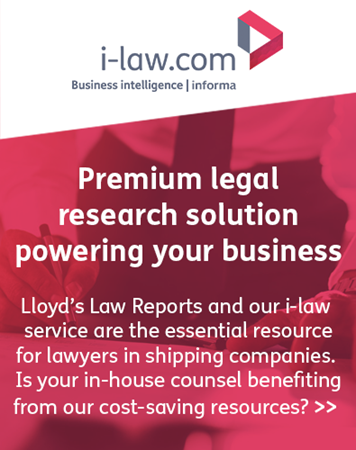 SEVERAL barristers we sounded out said Simon Croall has enjoyed a high profile in 2017, taking two shipping cases – MV Longchamp and New Flamenco – as far as the Supreme Court.

He has also been involved with some of the year’s key arbitrations, including two involving CV Stealth, the vessel detained by Venezuela on contested accusations of oil smuggling, as well as shipbuilding and timecharter disputes.

He is something of an academic, too, lecturing on ship finance at Hamburg University. He even wrote the standard German-language ship finance textbook, Grundlagen der Schiffsfinanzierung.

CLYDE & Co have acted in more reported shipping cases year-to-date than any other law firm, according to Lloyd’s Law Reports.

Simon Culhane is a long-standing partner whose cases this year have included Maersk Tangier – the first ever English-reported case on the meaning of container limitation provision in the Hague-Visby rules – advising his client in a claim for $1.2m.

This year, the firm was active in some of the most challenging cases before the higher courts, a theme that is likely to continue in 2018. Andrew Preston from London, and Ik Wei Chong, managing director – Asia, play key roles in developing the marine strategy of the firm.

MIKE Phillips is head of Stephenson Harwood’s marine and international trade practice. His own practice includes contentious work across the spectrum of shipping disputes. The firm has enjoyed notable success this year, including the October Supreme Court case of Mitsui & Co v Beteilungsgesellschaft LPG Tankerflotte.

Duncan McDonald led the general average case concerning piracy of the MV Longchamp. Stephenson Harwood is also acting in the case of the B Atlantic, which is expected to reach the Supreme Court in 2018. Stephenson Harwood won the i-law maritime law firm of the year at the Lloyd’s List Global Awards in 2017.

AN affable north Londoner of Greek Cypriot extraction, Harry Theochari is global head of transport at Norton Rose Fulbright, and is the mastermind behind the firm’s rise from one London shipping law firm among many to the international corporate law big league.

He is also well-connected at Westminster, and has the ear of the government when it comes to Brexit issues.

GATELEY have enjoyed some 'David and Goliath' moments at the appellate courts this year. Partner Nick Walser successfully led the New Flamenco case at the UK Supreme Court. A fluent French speaker, he is also a member of the Association Française du Droit Maritime, the French maritime law association.

In another victory for the firm, Andrew Messent won at the Court of Appeal for in the case of Glencore International AG v MSC Mediterranean Shipping Co SA.

ANOTHER Quadrant silk, Simon Rainey, regularly tops the list of shipping specialists in legal trade directories such as Chambers and Legal 500, and is retained for numerous shipping-related cases that make it to the Court of Appeal and the Supreme Court.

He is set to represent the owners in Volcafe v CSAV, down to be heard at the Supreme Court in October 2018, which is already being billed as a landmark case on burden of proof under the Hague-Visby Rules. He has also been instructed in the MSC Flaminia boxship explosion and Bremen Express cases.

The Top 10 maritime lawyers list is collated by the Lloyd’s List editorial team in conjunction with our colleagues at Informa Law – publishers of Lloyd’s Law Reports. It considers individuals with an impact across maritime law, including influential cases, major and/or novel transactions, M&As, and those who use their legal skills to make a special contribution to the shipping industry.