Top 5 next generation in shipping 2017 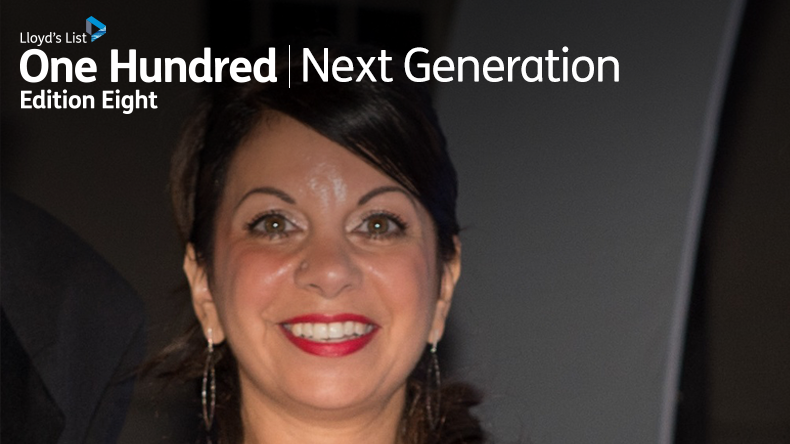 Accolade enabled Dorothea Ioannou to think 'what next?'.

AS THE winner of the 2017 Lloyd’s List Global Awards next generation shipping award, Dorothea Ioannou was a shoo-in to top our future leaders' list.

Ms Ioannou has come a long way in a short time, a fact she credits to the support and belief shown in her by the SCB leadership team, singling out American Club president and chief operating officer Vince Solarino as a key ally.

She is the first woman appointed to the executive committee of the NY management company SCB Inc and is involved with corporate strategy. She grew the club's tonnage by more than 16% and developed its hull and machinery insurance subsidiary, AHHIC Ltd.

Ms Ioannou  maintains oversight of the day-to-day operations of the Piraeus office and raises her daughter as a single parent.

In receiving her accolade at the September ceremony in London, Ms Ioannou said: “An award like this encourages me to look for what’s next and helps me to be a better person.”

RACHIT Jain is an entrepreneur and tanker shipping professional who has successfully tapped into his two decades of at-sea and onshore experience, at BP and ExxonMobil, to create three pioneering maritime solutions: Safe Lanes, Ship Wise and Seabook.

Ship Wise acts as a neutral clearing house for ‘cost versus quality’ benchmarking and uses a database of more than 2,000 ships.

Seabook is a news aggregator that personalises news feeds from across business, technology, politics, shipping and sports delivered on demand into the seafarer’s crew email box. Seabook algorithms will search 5,000 news sources to deliver news 24x7.

Mr Jain was the recipient of the 2017 Lloyd’s List Asia Pacific Awards next generation shipping award.

THE chief executive of Adani Ports and Special Economic Zone impressed judges at the 2017 Lloyd's List South Asia, Middle East & Africa Awards with his ability and drive in rapidly expanding the group’s portfolio from just two ports to 10 ports dotting India’s coastline, through strategic expansion deals since he joined in 2009.

THE Cypriot businesswoman and board member of Cyprus Shipping Chamber took over the helm of international lobby group Wista in September 2017. She is a rising star, who has been described as a powerhouse and “everything that Wista stands for and needs to continue its mission”.

Known as a problem-solver with a sharp mind, Ms Theodosiou has a quiet, consistent style, and the ability to articulate issues.

She takes the helm of Wista during what Time Magazine has coined one of the fastest-moving social change in the world. The movement is most closely associated with the #MeToo hashtag, which emerged in the wake of sexual harassment scandals in Hollywood. Wista has a chance to really stand up and be counted on that issue; let us see what they make of it.

EDWARD Liu is a leading heavyweight lawyer of the future in the making and symbolises the ‘new generation’ of Asian lawyers.

Nominated for the 2017 Lloyd’s List Asia Awards next generation shipping award, Mr Liu has been described as having "a terrific grasp of the case management and evidence-gathering responsibilities involved in heavy litigation; effortlessly and seamlessly runs an international practice from Hong Kong; and is extremely personable and well-liked and respected".

Mr Liu is known for his flexibility in subject matter, and takes on a variety of cases, from pure arbitration law to one of the biggest alleged dangerous cargo cases in recent years, arising out of the total loss of bulk carrier Bulk Jupiter.

He is credited with a maturity "beyond his years" by handling the caseload of a far more senior lawyer and doing so with success, enthusiasm and natural talent.

The Top 5 next generation in shipping list is compiled by the Lloyd's List editorial team and considers up-and-coming leaders of the international maritime industry.

Sign up to our daily email to receive your Top 100 updates.