Class of 2017: Chinese financial institutions consolidated their lead on the global stage 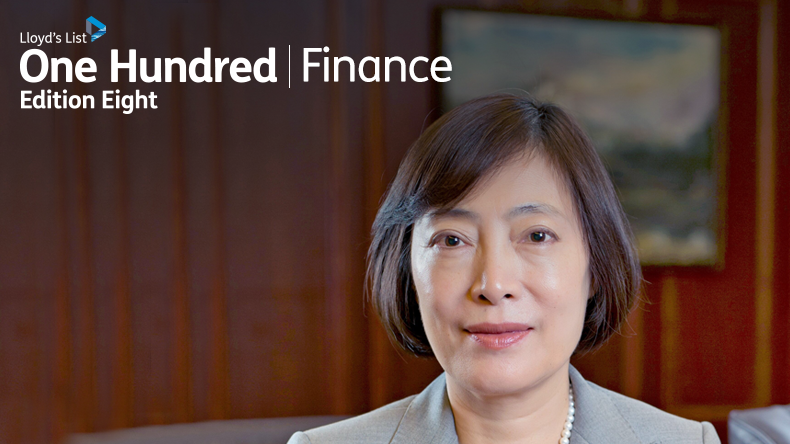 Hu Xiaolian claims the top spot this year due to Cexim’s leading role in financing the Belt and Road Initiative, orchestrated by China’s president Xi Jinping.

MS Hu keeps a rather low profile, rarely interacting with the press and only occasionally speaking at industry conferences. She prefers to let her actions speak for her instead.

Cexim’s marquee deals in 2017 included approximately $4bn in loans to Cosco Shipping for more than 50 newbuilding vessels ordered since 2014, and being the lead financier in CMA CGM’s $1.5bn new building project for up to nine dual-fuel engine 22,000 teu-class containerships.

She claims the top spot this year due to Cexim’s leading role in financing the Belt and Road Initiative, orchestrated by China’s president Xi Jinping.

MR Zhao accumulated more than 25 years of experience at Industrial and Commercial Bank of China before taking over its leasing subsidiary.

Under his command, ICBC has generated $10bn in new financing deals for the second year in a row. In October, the lessor teamed up with KMarin on a liquefied natural gas carrier financing project for BP Shipping, worth more than $1bn.

UNDER Mr Chen’s leadership, Bocomm Leasing’s assets, including ships, aeroplanes and other equipment, have soared to Yuan200bn from Yuan20bn over the past 10 years.

Mr Chen told Lloyd’s List in November the company would invest another Yuan10bn in shipping in 2018, a goal he considers conservative.

While conceding that the blistering growth in the past should not be taken as a normative example, Mr Chen said the market is still full of opportunities.

KDB will play a critical role in leading South Korea’s shipbuilding and shipping industry out of its financial struggles – even if some companies are left behind.

Mr Lee, who was appointed to his role in September, made headlines at his inauguration ceremony when he said there was no point supporting companies with no hope, which will disappear in a year, no matter how much securing jobs was important.

KDB will try its best to help struggling firms to restructure, with concrete, strict and transparent guidelines. Mr Lee's first test will be the restructuring of troubled shipbuilder STX O&S.

DNB is still the largest lender in shipping, even as it continues its retreat from shipping- and oil-related industries.

Recently promoted to her new role, which includes seafood industries in addition to shipping, offshore and logistics, Ms Holth sees her future position changing to that of a trusted advisor for her clients. “As for us, the bankers, we have to be there to be their broker and to find the good sources [of funds] for them. Our role has to be much more sophisticated.”

MORGAN Stanley has been the undisputed bulge bracket investment bank for shipping, thanks to the leadership of Mr Griffiths.

IN addition to his day job, Mr Parker doubles as the resident philosopher among commercial bankers. Known for his dry wit and no-nonsense style, he warns of a fundamental change taking place in ship lending amid tighter credit standards, increased costs, better access to capital markets, and the onslaught of Chinese leasing institutions.

When he was recently asked what he would do differently if he knew back then what he knows now, he deadpanned: “Logically, I should have done something totally different.”

He was only half-joking. In fact, he is very pleased that towards the end of his illustrious career, this significant change is happening for the good of the industry. The Emerald City may be within reach after all.

It has not been an easy fight and there is still no light at the end of the tunnel. NordLB is bailing out of shipping faster than it had earlier expected, as it seeks to distance itself from the industry that was the main source of its thumping $2bn loss for 2016.

It plans to dispose of €4.1bn ($4.87bn) in non-performing shipping loans by the end of 2019. Offloading these bad loans will help cut its shipping portfolio to €10bn.

An earlier version of this entry named Oliver Faak as global head of ship and aircraft finance, NordLB. Mr Faak left that role in August, to be replaced by his former deputy Mr Zehnter.

STIFEL may be just a middle market investment bank on Wall Street, but when it comes to shipping, Mr Weyers can go head-to-head with the best.

In the nearly three-year period from 2015 to today, Stifel has participated in 20 US shipping equity offerings, second only to Morgan Stanley, which took the top spot with 24. In the maritime sector, Stifel is to many leading Wall Street banks what David was to Goliath. We all know who won that battle.

WE saved the last place for our clean-up banker. In American baseball, clean-up hitters provide the most power and they are expected to clean the bases, giving their team the best chance of scoring runs and winning the game.

Ms Helfer is the power-hitter for Germany’s most visible, standalone bad shipping bank. Her job is to wind down a tranche of €4.1bn ($4.8bn) in non-performing shipping loans. The loans were purchased for €2.4bn. All eyes are on her, as she is cleaning up the mess created by years of irrational exuberance at HSH Nordbank.

Helfer means helper in German. The two federal states that are backing the bank financially need all the help they can get.

Follow the Money: European shipowners could relocate to Asia as finance moves east

The other side of ship finance