With speculation that Yang Ming Marine Transport may be in the market for up to 20 newbuildings considered to be wide of the mark, what are the option for the debt-laden Taiwanese carrier? 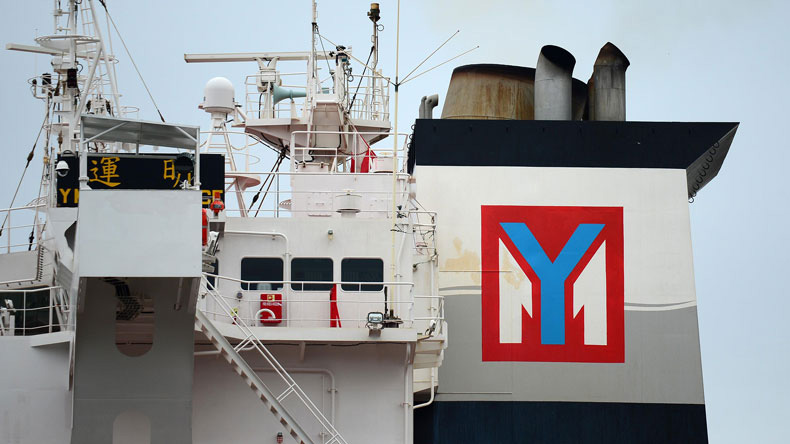 Lloyd Fonds parts with CEO over ‘differences of opinion’

El Faro inquiry concludes loss due to captain and owner

Who is the new BDI targeting?

US state aims to ramp up maritime innovation and workforce training

DEBT-saddled Yang Ming Marine Transport can hardly afford large orders, but don’t be surprised if it does make purchases, even for ultra large containerships, according to market observers.

According to recent media reports, the Taiwanese shipping line is planning to buy 20 boxship newbuildings — ranging from neopanamaxes and feeders — to replace older vessels. But analysts approached by Lloyd’s List doubt that Yang Ming has enough financial strength to place such orders.

Lloyd Fonds parts with CEO over ‘differences of opinion’

The decision will result in 2017 earnings falling by a mid to high six-digit euro sum, the erstwhile KG house — reinvented as an asset manager in recent years — said in a statement on its website. This means that it will not meet current earnings guidance of €2m ($2.35m).

AS PART of our 2017 Top 100 most influential people in shipping series, we look at the very best legal minds across maritime law.

Leading the field is Lord Mance, one of the 12 serving Justices of the Supreme Court and promoted to deputy president in 2017, who sits on many of the most important shipping cases that make it all the way to the court of last resort.

El Faro inquiry concludes loss due to captain and owner

THE National Transportation Safety Board’s final report reiterated that the El Faro’s captain and its operator Tote Maritime were responsible for the loss of the vessel and all its crew in 2015.

It said the late Capt Michael Davidson's failure to return to the bridge after calls from the second and third officers to try to make him better aware of weather conditions, and failure to fully take into consideration the junior officers' recommendations that the voyage plan be altered to avoid Hurricane Joaquin endangered the vessel and those on board.

IF YOU suffer from halitosis, you probably depend on some kindly other person (hopefully one’s nearest and dearest) to tactfully suggest that your breath smells. You are probably unaware of your malady, writes Michael Grey.

If you are the chief engineer of a ship using a scrubbing device to ensure that its exhaust exhalations are fully compliant in terms of the regulations applying where the ship is located, you may well be unaware that the device is failing to live up to its technical expectations.

THE Lloyd’s List editorial team won two of the top honours at the annual Seahorse Journalism Awards in London on Tuesday.

Senior reporter Linton Nightingale was named Journalist of the Year off the back of stories covering topics as diverse as free trade agreements, the state of Spanish ports and market leading innovations in the carriage of live lobsters. Our European Editor-in-Chief Helen Kelly won Social Media Journalist of the Year.

Who is the new BDI targeting?

THE BALTIC Exchange's planned major revamp of its most famous market assessment — the Baltic Dry Index — is aimed at enhancing it as a trading tool, but at the same time, risks its status as a macro indicator.

The iconic British institution proposed a revamp of the index last month in order to increase liquidity and attract new players. By eliminating the most illiquid component from the calculation of the BDI, the index could be used as a trading tool.

IT had to come to this for Herbjorn Hansson and his once high-flying Nordic American Tankers: Seeking to raise $100m just as NAT shares were trading near an all-time low.

The equity offering is the first step in a recapitalisation plan that was announced on Tuesday, which will include a new revolving credit facility, an unsecured bond offering, and a $0.03 per share cap on cash dividends.

AFTER moves by the US to lift curbs on crude exports, demand from Asia and Europe has made the trade more important to the tanker market than oil product exports due to the distances involved.

A GROUP of countries led by EU member states are putting additional pressure on shipping to decarbonise through a declaration that increases scrutiny on the maritime sector.

NORWAY's Skangas has secured liquefied natural gas supplies in a deal with National Grid Grain LNG in the UK.

US state aims to ramp up maritime innovation and workforce training

WASHINGTON state has unveiled a programme to increase innovative developments in the maritime industry that will help create employment through training and promote environmental sustainability.

SOUTH Korea’s Hyundai Heavy Industries has offloaded its 50% shareholding in its solar battery arm for $13m.

MITSUI OSK Lines has teamed up with IBM Japan and other firms to test how effectively blockchain technology can be implemented in cross-border trade operations.

SHIPOWNERS spent 15% more than required on navigational products over the past year, as decisions are still often based on a broader hedging against potential risk rather than calculated planning, according to a new analysis.