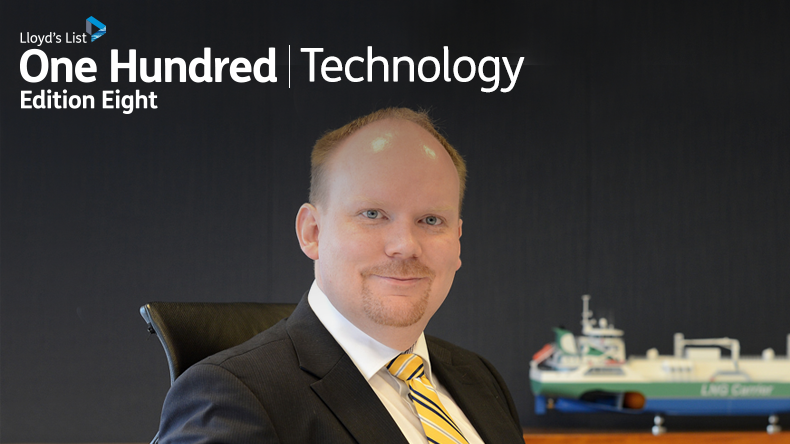 INNOVATION in autonomous shipping over the past four years has been developed almost single-handedly by Rolls-Royce, and by its vice-president of innovation, Oskar Levander.

Early concepts of remote-control operation centres appealed to next-generation gamers rather than traditional vessel managers. However, trials involving a Svitzer tug in Copenhagen harbour in 2017 have commanded attention.

Rolls-Royce is drawing on fresh thinking already in evidence in its aircraft engine teams. Its first Intelligent Asset Management facility has opened in Alesund, Norway, to show how the power of data can be used to optimise vessel operations.

The launch of an annual global conference – in Malta in 2017, in Vancouver in 2018 – challenges the traditional standing of shipping as an introverted, fragmented industry, and encourages a change of attitude towards technology. Transas’s thesis is that ships, fleet operations, simulation and training, and vessel traffic control can all be connected into a harmonised ecosystem.

THE Norwegian-German class society has driven the transformation of classification on a path its peers have no option other than to follow.With a long-term view on energy demand and supply that encourages a mix of fossil fuels and renewable resources, DNV GL has stimulated research into visionary solutions that combine the use of artificial intelligence with renewables, and seek alternative fuels beyond the usual mix of LNG and biofuels.

The pace of transformation has been remarkable since Remi Eriksen and Knut Ørbeck-Nilssen stepped into senior positions two years ago.

THE marine division of the Swedish-Swiss multinational has brought automation technology to shipping. The focus for 2018 will be the next generation of ships as ‘electric, digital, connected’. Its delivery of the first fuel cell system for Royal Caribbean underlines a belief that new energy sources, such as batteries and fuel cells working alongside electric power plants, will become imperative, not just an alternative.

ABB Marine and Ports has invested heavily in shoreside expertise, advanced analytics and software solutions, under chief executive Juha Koskela, who took over from Heikki Soljama in January 2016.

ELIMINATING inefficiency while ships transit between ports and while in port is the basis for Wärtsilä’s Smart Marine Ecosystem. This upgrades asset and lifecycle management services by looking at customers’ business operations to identify how the fleet can reduce waste and optimise performance.

The business claims to have worked with a customer shipowner to remote-control a ship’s operations by satellite from a distance of 8,000 km. A Digital Acceleration Centre to speed up innovation has been opened in Helsinki; three more are on the way.

THE second phase of the Norwegian Maritime Competence (NMK) centre in Alesund has opened. Supported by satcoms company Inmarsat, Rolls-Royce Marine and DNV GL, the maritime hub of the centre is part of the Norwegian University of Science and Technology campus. It is an incubator for remote monitoring equipment and the use of data analytics for real-time decision-making.

It also acts as a home for one of Norway’s Newton innovation labs, which have been set up to enable schoolchildren to learn STEM subjects in a practical way.

THE Japanese class society has retained its focus for research and development in technology on analysis of hull structure, load in motion, materials and welding in addition to electronics, AI, and energy management.

Medium-term projects will see a full review of rules for the survey and construction of ships, machinery and materials. Remote survey technologies, such as drones, will also feature, as will evaluation and certification technology for ships’ performance while under way. Setting out rules for next-generation technology doesn’t grab the tech headlines but remains critical to the industry’s success.

KONGSBERG’s company’s Information Management System (K-IMS), developed for the offshore and maritime sectors, enables continuous access to data both on board and on shore by combining all data logging and communication into a single secure solution.

K-IMS has been used by DNV GL in a pilot project for the new “Security Assessment of Control System Components” type approval programme. The collaboration has created a rigorous, safer regime to demonstrate the cyber-security capability of onboard systems.

RIMS this year became the first company to receive attestation from French class society Bureau Veritas to allow the use of remote inspection techniques during surveys of hull structure and mobile offshore units classed by BV.

THE concept, rather than any particular provider, is featured here. This digital ledger of economic transactions is slowly gaining traction in shipping, with companies such as Maersk Line and Zim trialling and testing.

This year, accounting firm EY announced it was working with Microsoft, AP Moller-Maersk and others on the first blockchain platform for marine insurance. The aim is to reduce the need for contracts to be signed several times throughout the maritime journey. It is claimed blockchain will enable transparency across an interconnected network of clients, brokers, and insurers.