Class of 2017: we rank the leading figures in regulation and lobbying 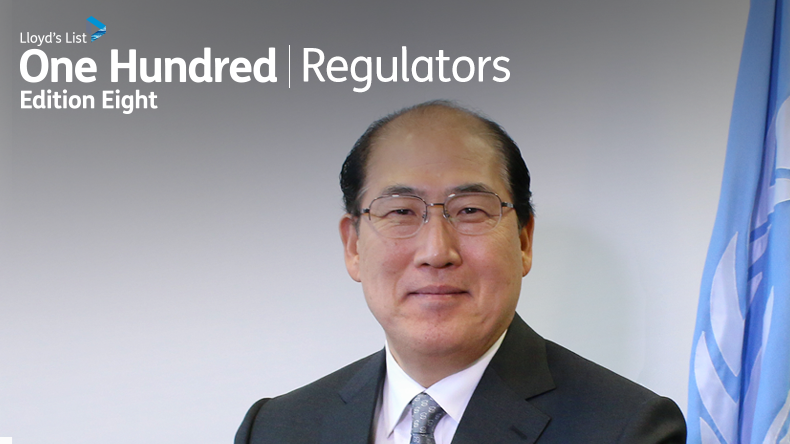 Kitack Lim's sophomore year was among the most active in recent IMO memory.

KITACK Lim’s sophomore year in charge of the global maritime regulator was among the most active, highly profiled and scrutinised in recent International Maritime Organization memory.

Apart from the decision to delay the Ballast Water Management Convention for the existing fleet by two years, the IMO also rejected the possibility of a transitional phase for the 2020 sulphur cap, committing itself to that date.

It also agreed to launch a scoping exercise in 2018 to examine the potential for unmanned vessel regulations.

Next year is bound to be another busy one, with working groups looking at how to enforce the sulphur cap, while the environmental pollution body adopts a five-year greenhouse gas emissions reduction strategy in April.

THE European Commission made sure the shipping industry saw the full scale of its capabilities in 2017.

After various deliberations and compromises, the revised emissions trading system that will exist under Mr Arias Cañete's purview excluded regional measures on the shipping industry, at least until 2023.

The commission, however, will still closely follow the IMO’s progress and potentially exert influence there through European Union member states.

Meanwhile, Ms Bulc’s mediations with the IMO could play an important role in whether the EU aligns its monitoring, reporting and verification system for fuel consumption and emissions with the IMO’s data collection system, preventing the coexistence of two separate regimes.

THE success of shipping’s influence groups in 2017 can be best seen through the ICS, under Esben Poulsson’s guidance.

Mr Poulsson can take credit for the ICS’s role in leading the charge for the partial Ballast Water Management Convention delay.

The association also persistently pushed its decarbonisation vision for the maritime sector and did not shy away from defending itself and the industry from allegations of insufficient willingness to commit to an ambitious strategy.

AMID a transitional year at the organisation's helm as Philippe Louis-Dreyfus handed on the chairmanship to Anastasios Papagianopoulos, BIMCO maintained its scale and enhanced its value for the shipping industry.

The association remains at the forefront of security in the shipping industry. It doubled down on its efforts on the digital front this year, releasing its second version of cyber security guidelines.

BIMCO also contributed significantly to industry efforts in the decarbonisation debates, partnering with other bodies to influence the conversation and promote its members’ interests.

MODERNISING an organisation that is practically a monopoly is no simple task.

Mr Ørbeck-Nilssen took on that challenge, announcing a series of sweeping changes, including amending the association’s membership criteria, extending the current one-year strategy to a five-year version to align with the International Maritime Oganization’s schedule, and redirecting IACS’s focus on safety implications of digitalisation.

These initiatives are likely to give IACS greater space to advise its members and support shipyards and the IMO, thus elevating its importance even further.

THE consortium of non-governmental organisations advocating for sharper and faster decarbonisation rates continued to pressure the industry this year and exert influence over its reputation.

This zealous crowd that is assisted – indirectly, at least – by ambitious EU member state targets and a desire to act sooner rather than later means NGO reports, studies and suggestions do not go unnoticed, especially by those outside the maritime sector, who look at it as another part of the global economy that needs to do its fair share in the fight against climate change.

WHILE staying relatively quiet in global environmental negotiations after the country’s decision to drop out of the Paris Agreement, the US maritime regulator still holds considerable influence, observing its own rules for ballast water management system approval.

Having signed off on just six systems thus far – one of which went bankrupt after the IMO’s delay in making a decision – the USCG approval remains the golden ticket for manufacturers and a major credibility checkpoint for shipowners.

CHINA’s Ministry of Commerce is tasked with implementing competition regulation as well as the country’s trade policy, thus having wide-reaching effects for the shipping industry on two fronts.

Mr Shan, who took over the ministry this year, is at the helm of, among others, the China-US trade deliberations amid a volatile environment and should thus play a significant role in how that relationship develops.

The ministry’s relevance arguably grows as consolidation continues to grow as well; it approved Maersk Line’s Hamburg Süd takeover and it will also be one of the bodies that will have to sign off on OOCL’s acquisition by Cosco.

THE US maritime competition authority wields substantial power as it determines, among other things, access to one of the world’s biggest consumer markets.

The FMC is currently without a permanent chairman, but Mr Khouri’s agency has not gone about all that quietly this year.

In a demonstration of its clout, The Alliance announced plans to introduce collective responsibility in case of a carrier collapse just after the FMC called for such joint responsibility to exist within the various alliances in the wake of the Hanjin collapse.

WITH so many multilateral trade agreements around, it is easy to forget that the WTO is the ultimate international trade authority.

The WTO rules, along with those of the OECD, are currently the best option for enforcing global shipbuilding competition, as negotiations for a legally binding regime recommence.

Ports and logistics sector received a much-welcomed boost when the WTO ratified a trade facilitation agreement that will streamline and simplify global customs procedures.

Mr Azevêdo’s organisation has increasingly become the battleground for China-US trade disputes and, as such, will have to ensure the current friction does not escalate into something more.

The Top 10 in regulation list is compiled by the Lloyd's List editorial team and considers people in a position to influence large-scale change in shipping industry regulation.

Lack of regulation holding back development of unmanned vessels

Are EU consortia rules fit for purpose in the era of global alliances?