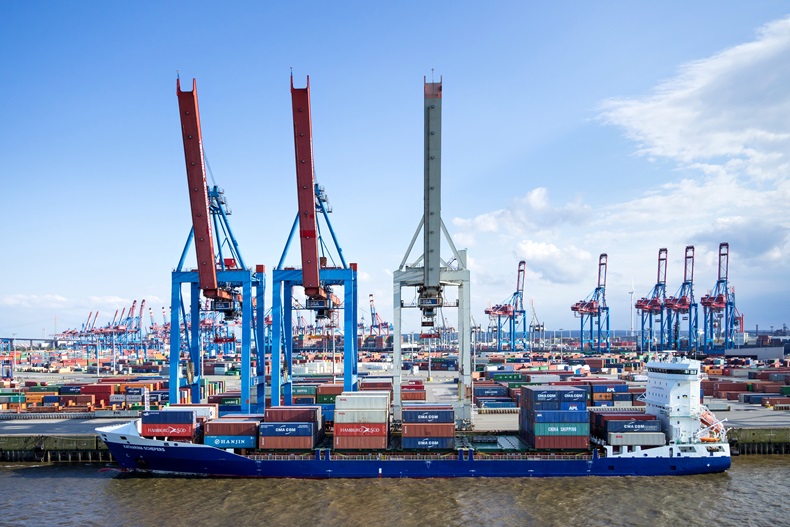 The months leading up to the winter holidays are usually the busiest period for maritime transportation. Increased vessel capacity and port activities can impact operations. This month, CargoSmart examined and compared the performance of the top five container ports in Europe—Algeciras, Antwerp, Bremerhaven, Hamburg, and Rotterdam. We analysed vessel arrival delays, berth times, and the number and size of berthed vessels of 29 ocean carriers from August 1 through October 31, 2017 at the ports.

The average vessel arrival delay increased over the three months for Rotterdam. The monthly average delay started at 17.8 hours in August and increased to 22.2 hours in October.

We found that the overall average arrival delay rose from September to October at each of the ports, possibly due to peak season activity at the ports.

Antwerp had the longest berth times

Next, we reviewed ports’ cargo handling pace by looking at the average vessel berth times at the five ports. As shown in Figure 2, we can conclude that all the ports performed steadily from August to October.

Antwerp had the longest berth times among the five ports, with a monthly average duration of around 25 hours, which was longer than the other ports by at least six hours. Referring to the vessel distribution breakdown in Figure 4, Antwerp had the largest proportion of mega vessels, which may have resulted in the longer average berth times. 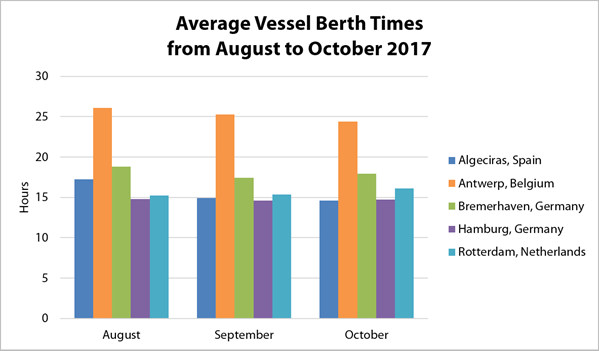 Rotterdam served the most vessels

Hamburg was the second busiest port in the study, with vessel counts of 532, 531, and 456 in August, September, and October respectively. Similar to Rotterdam, Hamburg mainly served vessels with a capacity under 4,000 TEUs.

The other three ports were not as busy as Rotterdam and Hamburg. We found that approximately 15% of the vessels visiting Antwerp were mega vessels with a capacity of 10,000 TEUs or greater. Compared to the other ports, a greater proportion of its visiting vessels were mega vessels. 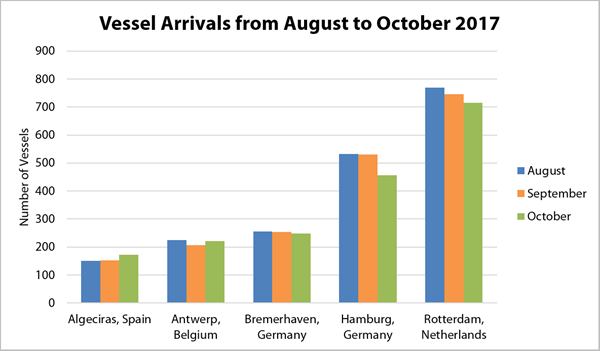 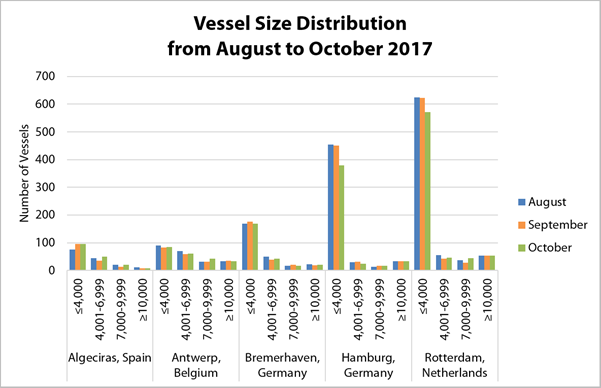 Overall, Hamburg performed the best among the five ports, with a large number of vessel arrivals and maintaining relatively short arrival delays and berth times.

Port performance statistics such as these provide a high-level view of ports’ historical performance and trends. Carriers may need to monitor the live data of each port, terminal, and vessel, such as vessel waiting time at port, vessel track, port or vessel related incident, and latest vessel schedules, to timely identify any exceptions and respond to the dynamic market conditions. Analysing massive amounts of data from multiple sources, providing insights for marine operations, and collaborating with multiple parties effectively and efficiently can be challenging.

Leveraging the Internet of Things (IoT) and machine learning technologies, CargoSmart offers a one-stop solution, OmniOcean, for ocean carriers to strengthen their competitiveness and service quality by transforming their marine operations into a new digital era. OmniOcean helps carriers share their latest schedules on a central platform, monitor vessels and ports for network optimization, analyse performance based on current and historical vessel positions and schedules, and quickly identify exceptions and collaborate on solutions to improve operational efficiency and customer service. The network coverage of OmniOcean's services is up to 7,000 container vessels covering 90% of the world's container capacity and over 800 global container ports.

Lionel Louie, chief commercial officer, CargoSmart Limited. He can be reached at info@cargosmart.com.