SHIPPING live lobsters globally has traditionally been exclusive to air freight, but French carrier CMA CGM is looking to tap into this lucrative market by transporting the nippy nephropidae in specialised reefer.

In a world first, CMA CGM has partnered with EMYG Environnement  & Aquaculture, a fellow Marseilles-based company specialising in water purification and filtration, to create Aquaviva, a container modified to imitate the lobsters’ natural habitat.

The bespoke boxes are bringing Canadian lobsters to European shores in a novel means of creating additional income in the hard-up container shipping segment.

CMA CGM’s lobsters are priced at the going rate, or the same price per kilo in euros or dollars as the air freight market. However, there is a unique selling point: the crustaceans arrive with the ultimate buyer as fresh as they would be fished straight out of the ocean, and more importantly with a zero mortality rate. Essentially, buyers get what they pay for.

As air passengers, lobsters are carried on ice blocks, causing them to suffer from stress and a shortage of air. This reduces their chance of survival to  95%. Unlike us, they do not have a sunny beach or similar relaxing vacation waiting on the other side, and often die on arrival amid the trauma of being removed from their ocean environment.

“To maintain the wellbeing of the animals, the best way is to make them feel comfortable in their surroundings,” according to the deputy vice-president of CMA CGM's reefer department Eric Legros.

The Aquaviva container looks like any other 40 ft reefer unit from the outside, ignoring the flashy branding. Yet inside its configuration could not be more different.

In the container, there are three basic elements: a component that controls the temperature of the seawater; a filtration system that regulates oxygen; and the largest part, the tank itself, carrying approximately eight tonnes of seawater and the lobsters.

“It’s like a giant fish tank where we put what we call the ‘rock and holes’, rather like a giant wine rack. Here every single lobster has its own shelter, so they can travel safely,” says Mr Legros.

Original designs did not include the temperature monitoring system, which CMA CGM found was imperative after testing during one particularly harsh Canadian winter.

“We did not take into consideration that the temperature can go below - 40°C. And I have to admit for our prototype, we did not consider heating the seawater or cooling it down,” says Mr Legros.

“It was so cold that if lobsters were in transit they would’ve certainly died. We were lucky enough to discover this before the system went in.”

Four years since the Aquaviva concept was conceived, CMA CGM and its joint venture partner have adapted and tweaked the design of the container to suit.

“It took us a while to put everything into motion, perfecting the design and so on,” Mr Legros says.

CMA CGM started commercial shipments in February 2017, with its fourth such model, or version 4.0.

At the time of writing, 10 of these unique boxes were in operation, although the French pairing aim to increase the Aquaviva fleet fourfold by the end of the year.

Forward plans are to manufacture more boxes as demand sees fit, but the units do not come cheap at around six times the price of a traditional reefer box, or somewhere in the region of $10,000. But with each container capable of carrying anywhere from 2,800 to 3,200 lobsters, depending on the size of the animal, the value of the cargo far outweighs that of a reefer carrying grapes or bananas, for example.

The existing fleet of lobster boxes is serving the transatlantic trade on board the carrier’s St Laurent loop between Montreal and northern Europe. The service departs from Montreal calling at Halifax, where the lobster board, before crossing the Atlantic to Germany’s Bremerhaven, making additional stops Rotterdam in the Netherlands and Antwerp, Belgium.

CMA CGM’s Aquaviva units are unloaded only in Rotterdam, where the lobsters can be transported across the Continent to customers, including Dutch seafood wholesaler Krijn Verwijs, which lays claim to handling the inaugural shipment of lobsters earlier in the year.

“We can target a very specific high-ranking market, where extreme quality is required,” says Mr Legros.

Given the freshness of the product, wholesalers can even approach restaurants of Michelin Star quality, he adds.

CMA CGM is also in talks with supermarkets looking to sell live lobsters.

“With an entrance through Rotterdam, we can reach Germany, France or wherever, as the container only requires a simple plug-in system. This was always our primary concern, to ensure we had a system that was simple and able to be plugged in like any other reefer container with electricity supplied by the truck.”

With lobsters arriving to the end buyer alive and well, they can be stored en masse and stockpiled on the premises.

“That is the beauty of our product,” says Mr Legros.

“It allows them [customers] to buy larger quantities during the peak and then keep lobsters at their facility during the slack season and gain the best price.”

This also helps in some part to remove the advantage held by the air cargo carriers of speed to market. Whereas ferrying lobster through the skies takes a maximum of 36 hours on the Canada-Europe route, by sea the transit time is approximately 12 days.

However, lobster markets fluctuate significantly depending on the season and the yield. For CMA CGM, the price per kilo can be slightly higher or lower at arrival compared with departure 12 days earlier.

“This can delay the shipment process from Canada to Europe for example, as the shipper can try to postpone the shipment just to make sure it gets the best price from the buyer,” says Mr Legros.

“Now we are at the beginning of the season the price does not fluctuate that much, but as you get towards the end of the year it will rise rapidly.”

Having successfully rolled out the product on the transatlantic trade, CMA CGM has it eyes set on the lucrative Asian market.

Initial plans are to transport Atlantic lobster from eastern Canada to Chinese consumers, who have increasingly acquired a taste for its meat, particularly during the country’s lunar new year festivities.

Routed via the Panama Canal the journey would take around 50 days from origin to destination. However, with the lobsters at sea for such a long period their price could fluctuate dramatically. The issue of buyers on the existing route looking to delay shipments to get a better price would be emphasised further, throwing light on why CMA CGM has as yet to make any leeway in this particular market.

“We are studying ways of reducing the transit time by having the box move from eastern Canada by train and then depart from Vancouver on the west coast before heading across the Pacific,” explains Mr Legros.

This would cut transit times nearly in half compared to the all-water route to around 30 days in total.

Until it can cut transit times, Mr Legros says it is nigh on impossible to tap into the Chinese lobster market via Canada. As such, it has looked at transporting spiny lobster, slightly smaller than their Canadian relatives, from the Philippines and Australia.

However, that does not mean shipping from Canada to China would not work for other products.

Mr Legros revealed that the group has already held discussions with both oyster and mussel producers that are willing to explore moving their shellfish with the Aquaviva concept.

“In this case it is more about moving an extremely large quantity in one shot, so maybe for a one of occasion like a sporting event or something similar,” he says.

“Oysters are not as exposed to price fluctuations so we can still target the Asian market.

“We need to review the modification of the rock and holes, as transporting oysters would be very different from lobsters, but it could work.”

However, CMA CGM is not the first liner operator to attempt to go head-to-head with the air carriers to transport Canadian lobster to markets overseas. Maersk Line also tried its hand. The Danish ocean carrier launched a project called Aqualife in 2010 between Canada and Europe, whereby containers carried individual tanks of live lobster.

Although initial shipments proved successful, the decision was made to pull the plug after less than a year. Maersk sold off its assets to a dedicated and specialised Dutch seafood company that could guarantee the end-to-end expertise needed for such delicate cargo, according to a spokesperson for the line.

“For Maersk Line this was too niche a business and we concluded it would be better handled by an expert,” he added.

A year into the CMA CGM project, Mr Legros is adamant that the French carrier is in it for the long haul.

“It is a total success thus far, we have been able to modify the system, bring in new developments to make it easier to handle at destination or suitable for inspections and so on, while customers are extremely happy with the quality of the animals,” he says.

If Aquaviva proves a money spinner for CMA CGM in the long run, other carriers may start to take notice.

With profits hard to come by in the box industry many have already started to seek additional revenue streams from foreign cargoes. Hapag-Lloyd is offering space on vessels for project cargo, while others are filling otherwise empty containers on backhaul routes with bulk cargoes, such as grain and gravel, and automobiles to generate funds.

CMA CGM clawing its way into the lobster market could be just the start of innovative ways to add to carriers’ coffers. 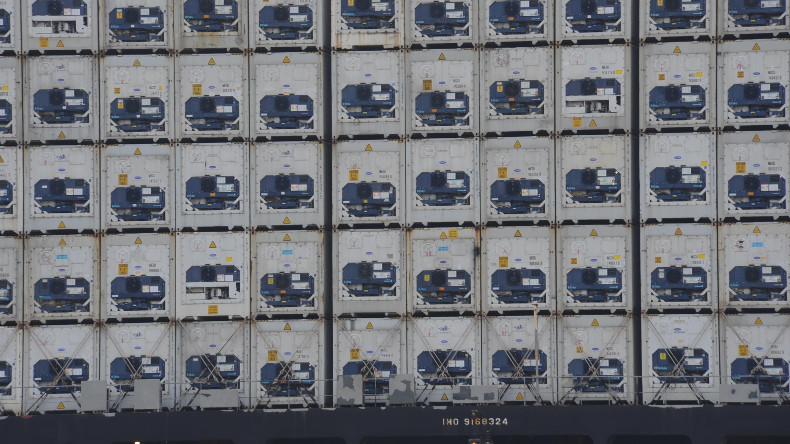 Perishables trade could lose its cool 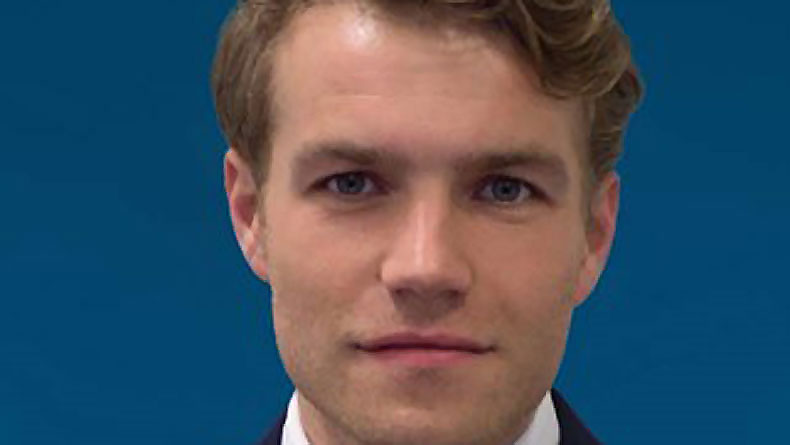