Puerto Rico may recover from Hurricane Maria, but Jones Act and higher consumer prices are here to stay 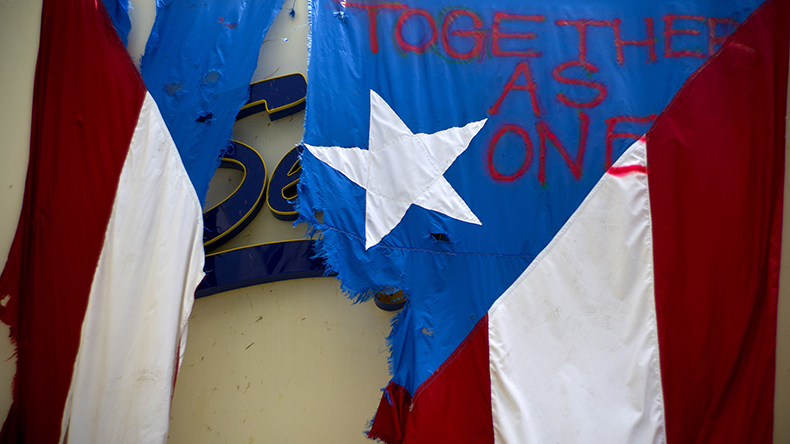 HURRICANE Maria hit Puerto Rico hard and has caused a humanitarian crisis on the island. But blaming an archaic protectionist law for lack of relief efforts would be wrong.

Blame it instead for permanently higher consumer prices on the nation’s poorest economy.

The Jones Act, also known as the Merchant Marine Act of 1920, has been around for almost a century, even longer than the 1933 Securities Act that regulates the interstate offer and sale of securities. Its stated purpose is to regulate maritime commerce between contiguous US ports.

The goal is to protect the interests of the domestic shipbuilding and merchant marine industries from foreign competition, and with them thousands of jobs for steelworkers and seafarers. The extra bonus, and perhaps the reason it has survived for so long, is that a viable US merchant marine has been deemed essential for the nation’s defence at times of war and peace.

One can argue about how successful the Jones Act has been in maintaining a viable US merchant marine given that the “blue-water” Jones Act fleet has shrunk considerably and today counts fewer than 100 vessels.

The real problem with Jones Act, however, is that it comes with a heavy price. Building an oceangoing vessel at a US shipyard costs several times more than building the same vessel at an Asian yard. Crew wages and insurance are also higher compared to foreign flag vessels.

A vessel that has a higher construction cost and a higher operating cost also requires a higher freight to break-even. And guess who’s paying the higher freight, which comes in the form of higher consumer prices. Not the shipbuilder, not the seafarer, not the shipping company. It’s the residents of Puerto Rico, Alaska, Hawaii and Guam, where the Jones Act vessels primarily ply their trade.

The effect of higher consumer prices is particularly austere on residents of Puerto Rico, who have among the lowest income per capita among the US and its territories.

The Trump administration waived the provisions of Jones Act for a period of 10 days early on Thursday, to allow for the immediate flow of essential supplies to the island.

The decision reversed an earlier position by the Department of Homeland Security, that had argued that the flow of provisions to Puerto Rico had not been gravely affected.

The Jones Act had been suspended briefly after hurricanes Harvey and Irma too, to assist with shipments of petroleum products to the US east coast and Florida.

This is great news for residents of Puerto Rico, many of whom have lost their homes and livelihoods, even if only briefly.  Unfortunately for them, unless the Jones Act is permanently repealed, they will resume paying higher prices for their bare necessities once the effects of hurricane Maria are gone.

You can call this the law of unintended consequences.

Note:  The article has been updated to reflect the decision by the Trump administration to temporarily waive the Jones Act.