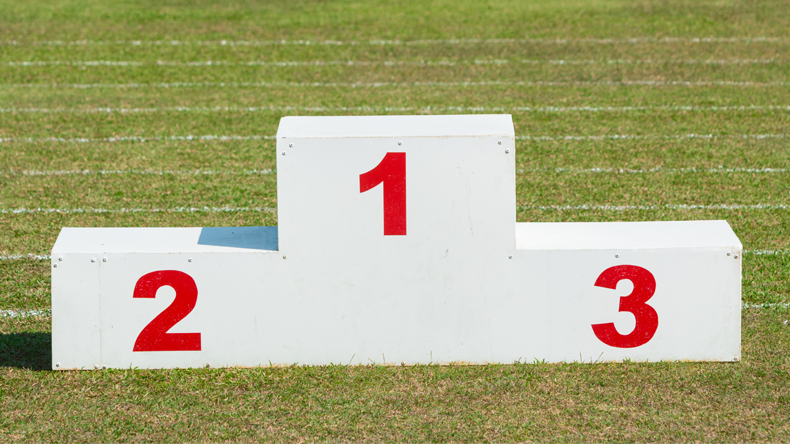 Maersk Tankers is safe under the bank of mum and dad

Maersk is sticking to its guns with a $500m leaseback deal

The aftermath of Hanjin's collapse has reached a South Korean university

Capesize earnings hover at around $20,000 per day

Aschmann to step down as Bernhard Schulte Shipmanagement chief

Confirmation late on Wednesday that Mediterranean Shipping Co was to order a series of 22,000 teu ships came as a surprise even to those close to the company.

Despite weeks of speculation that the world's second-largest containership operator was talking to yards, it appeared that MSC was heeding the advice of its 2M partner Maersk Line not to do anything that could jeopardise the fragile recovery now under way in the container trades.

But the fact that MSC chief executive Diego Aponte went public with the decision just hours after CMA CGM had signed an order for up to nine ships of the same size was probably no coincidence.

In an industry driven by big personalities and fierce rivalries, MSC would never want CMA CGM to seem to have the upper hand.

The macro economics of ordering a new series of outsize boxships, and putting the supply and demand balance at risk, are not the deciding factors here. This is all about preserving the dominance of individual players, and in the container world, Maersk, MSC and CMA CGM all want to be top dog.

How Maersk, which has stated publicly that it has no need for new ships for several more years, now responds to this show of defiance remains to be seen. Maersk and MSC may be in the same vessel-sharing arrangement, but the relationship is known to be fraught at times.

CMA CGM is in a different situation, with its fleet relatively light in terms of ships in excess of 18,000 teu. But it also needs to watch alliance partner Cosco Shipping. CMA CGM is currently the largest member of the Ocean Alliance, but could lose that position, and influence, when the Chinese line completes its takeover of OOCL.

Indeed, all three European carriers that currently head the rankings must be keeping an eagle eye on China and will be anxious to see what Cosco Shipping does next.

Will Cosco, now number four in the world in terms of fleet capacity, be tempted to order more big ships in order to squeeze into the top three, regardless of whether that eventually triggers another price war in the freight trades? There is, though, another scenario that is being whispered about in shipping circles.

CMA CGM investor Robert Yildirim wants to sell his shareholding in order to help fund his US port expansion ambitions. Could that stake in the French group fall into Chinese hands?

That really would rock a few boats.

Maersk Tankers is safe under the bank of mum and dad

AP Moller-Maersk has agreed to sell its tanker unit to AP Moller Holding, its controlling shareholder, for $1.17bn in cash. The Copenhagen-listed conglomerate has kept to its timeline in divesting its energy businesses, while Maersk Tankers, effectively being taken private by the family business, will not see changes in management and corporate strategies. But don't assume the sale story is over.

Finding the right buyer for Maersk Tankers' fleet of nearly 160 product carriers was never easy. While freight earnings in this segment have shown signs of recovery this year, asset prices have not.

Given that AP Moller-Maersk had in late 2016 declared its intention to find new ownership structures for the tanker unit and other energy units by the end of next year, getting a decent price was probably not an easy task.

But the conglomerate's recent move has made things easier - with help from its parent. According to Clarksons estimates, the transaction implies an enterprise value 9.5 times earnings before interest, tax, depreciation and amortisation this year and 6.6 times the yearly average ebitda in 2011-2017, which is deemed fair value.

The sale price is marginally below VesselsValue.com's valuation at $1.25bn. However, the seller can receive up to $200m more if the fleet value appreciates by end-2019. If AP Moller Holding sells vessels at a higher price than purchased and at an agreed upon hurdle rate, AP Moller-Maersk will also get some extras.

The listed conglomerate will use proceeds from the deal, fixed on a debt- and cash-free basis, to pay debt. The decoupling with Maersk Tankers is a largely neutral move, and its share price has not moved much after the sale announcement.

Based on a Lloyd's List interview with Robert Uggla, AP Moller Holding's chief executive, there may be little change seen at Maersk Tankers on the day-to-day level. "The ownership change does not imply a change of management or strategy," said Mr Uggla. Structure-wise, the biggest difference is the tanker unit will have a dedicated board of directors.

But the story doesn't end there. AP Moller Holding will form an ownership consortium for Maersk Tankers composed of Mitsui & Co and "other potential partners", according to Maersk statements, even though the AP Moller Foundation's investment arm will remain as a majority shareholder.

That move will bring in Mitsui, one of the largest trading houses in the world. The Japanese trader directly owns just a small fleet of product carriers, but the cargo it controls make it a strategic partner. And the family business can wait for a recovery in asset prices before finding more minority investors in Maersk Tankers without pressure from the public share market.

Therefore, AP Moller-Maersk is disposing of the energy assets it planned to divest, while AP Moller Holding preserves most of the upside in asset prices and has further sale opportunities. Compared with their fleet sales of very large crude carriers, liquefied petroleum gas and liquefied natural gas tankers earlier this decade, which were mostly done just before strong recoveries in secondhand prices, the Maersk businesses are making smarter moves this time round.

Maersk is sticking to its guns with a $500m leaseback deal

Maersk Line has signed a sale and leaseback deal worth more than $500m with China's Minsheng Financial Leasing for five 10,000 teu class containerships. The move comes as global liner shipping carriers have been actively engaged with Chinese leasing houses in leaseback arrangements to strengthen their cash positions, amid intensified competition in the industry over the past several years.

Despite the recent flurry of orders from rivals, Maersk is sticking to the corporate line that it does not intend to order any new tonnage for now and will stick to acquiring more secondhand vessels either from the open market, chartering or via mergers and acquisitions, such as the recent one with Hamburg Süd.

The aftermath of Hanjin's collapse has reached a South Korean university

The collapse of Hanjin Shipping continues to cast a long shadow - this time over one of South Korea's well-known universities.

Hundreds of faculty members and students at Incheon-based Inha University held a protest on Tuesday to urge the university's president, Choi Soon-ja, to step down for previously purchasing Hanjin Shipping's corporate bonds, worth roughly Won13bn ($11m), which the students claimed had damaged the school's endowment fund.

Despite the increasing vulnerability of the shipping industry amid greater reliance on connectivity networks, it is not clear that the industry is adequately prepared for, or cognisant of, the responsibilities that befall it. "I do not think it is a question of whether it will happen again; it will happen again. We just need to take some steps that make it more difficult for the hackers to get into the terminals," explains the head of hacking target satellite manufacturer Cobham.

Capesize earnings hover at around $20,000 per day

Owners have seen a further strengthening in the capesize bulker market this week with average charter rates hovering at roughly $20,000 per day.

The upward trend looks set to continue, at least until China goes on its Golden Week holiday starting October 2.

Even beyond that inevitable disruption there are promising indicators. China's port iron ore stocks showed their steepest decline since 2015 as the country consumed more than 10% of accumulated port stocks in the past three months. Meanwhile, Chinese crude steel output rose by 8.7% year on year last month to a record high of 74.6m tonnes.

Add to that the fact that Beijing's pollution clamp-down has seen an increase in imports for higher-grade iron ore, driving demand for capes, and things are looking rosy.

Justifying vessel purchases will be difficult for the next two years, according to Berge Bulk chief James Marshall.

The forward freight assessment for 2018 does not justify current asset values and current market levels do not provide a good basis to start investing in bulker newbuildings, he told the Marine Money Asia conference in Singapore. "The market would need to remain at these levels for the next 25 years to justify the [newbuilding] cost," said Mr Marshall.

A US bankruptcy court has issued an order allowing Nasdaq-listed Ocean Rig UDW to proceed with its debt restructuring plans. The move is an attempt by the company to support its share price. The stock dropped by roughly 48% to close at $0.084 per share on Wednesday. Reverse stock splits are a common strategy for companies seeking to raise their share prices, mainly to meet minimum closing price listing regulations.

Wilh. Wilhelmsen Holding is set to become a more active player in the oil and gas industry after raising its stake in the NorSea Group to 72% from 40%. "We wish to have an exposure towards the energy market, primarily oil and gas, but also the offshore wind industry," said Wilhelmsen group chief executive Thomas Wilhelmsen, explaining the deal.

Dorian LPG has engaged the American Bureau of Shipping to conduct an in-depth cost-benefit analysis of using LPG as a fuel for ships. Chief executive John Hadjipateras sees LPG as a cost-effective alternative to liquefied natural gas and wants to be at the forefront of adoption.

Oslo-listed Songa Bulk has signed a deal to acquire another secondhand kamsarmax vessel as it continues to build up its fleet of bulk carriers. Chief executive Herman Billung is betting on a supply-driven increase in dry bulk asset prices amid limited newbuilding orders.

Aschmann to step down as Bernhard Schulte Shipmanagement chief

Norbert Aschmann will step down as chief executive of Bernhard Schulte Shipmanagement at the end of the year, the company confirmed on Wednesday.

Ian Beveridge, chief executive of the privately owned Hamburg-based Schulte Group, which owns Bernhard Schulte Shipmanagement, will take over as chief executive beginning on January 1, 2018. The reasoning behind that decision remains unclear, with no further explanation provided.