Low-sulphur fuel future will have consequences across the industry 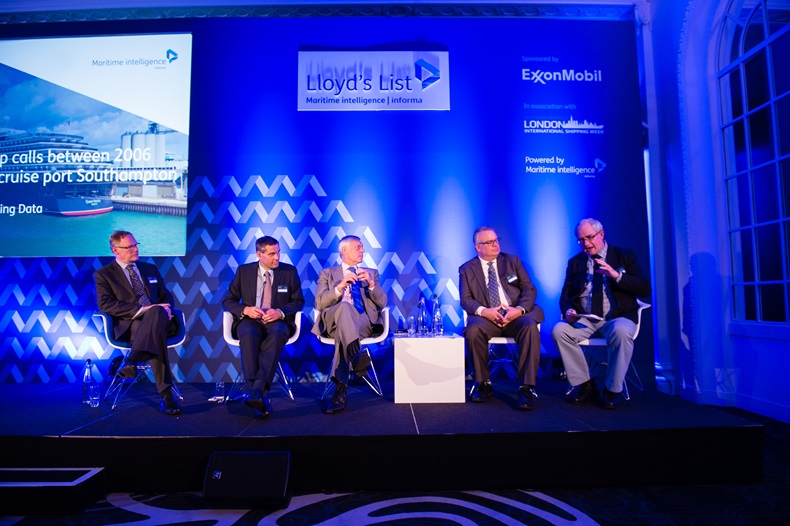 The transition from a single, high-sulphur fuel to a multi-fuel environment, which takes effect from January 1, 2020, is an unprecedented challenge for the refining industry, for the supply side, for ship owners, and for crews. The IMO decision will have consequences across shipping that cannot yet be quantified. However, as speakers at Lloyd’s List’s Business Briefing in London agreed, the risks can be mitigated if preparation begins early. “Shipowners must ask a series of questions to make the right decisions,” he said, “questions about vessel age, trading pattern, time in ECA zones, electrical capacity, cost of scrubbers, and operating cost.”

The need for owners to set out a new fuel strategy comes at a time of uncertainty in freight markets, pointed out Henriette Brent-Petersen, global head of shipping research at DVB Bank. “We have been talking non-stop about ballast water treatment for the past two years. Now we are asking for a sulphur fuel strategy. We will need to model in structural change and an increase in the pace of regulatory change impacting on our customers’ performance,” she explained. All this as the traditional shipping cycle shifts from seven years to just four years. L-R: Richard Clayton, Iain White, Philip Roche, Dele Adewale, Henriette Brent-Petersen
However, speakers understood the urgent need to reduce sulphur in marine fuel. Dele Adewale, senior trade services officer at Lagos-headquartered Zenith Bank, explained that this measure would increase the wellbeing of people, improve the cleanliness of ports and cities throughout the emerging world. Although it also presents challenges for banks, “everyone is aware of 2020 and there’s no going back,” he said. “The attitude in Africa is different from Europe; the pace of change is much slower.”

It has proved almost impossible to estimate the cost of this measure, which suggestions ranging from $24 billion to as much as $60 billion. “I can understand ship owners panicking when they are asked for a fuel strategy: they don’t know the costs in 2020 or 2022,” said Philip Roche, partner in law firm Norton Rose Fulbright. “It depends on the sector they are in, where that sector is in the cycle, and whether they prefer to order newbuildings or buy second-hand ships.”

One unintended consequence of sustained heavy investment in expensive fuels is that many older, less fuel-efficient ships will be sent for recycling. Banks won’t expect ships to trade for the same number of years as it today’s market, Mrs Brent-Petersen observed. “It will drive a whole generation of ships to the scrap yards, agreed Mr Roche. “No one will give owners the money to retrofit them, so that’s a positive for the industry,” and there could also be a trigger for newbuilding orders.

IMO took the decision to go for 2020 rather than 2025 to tackle shipping’s poor image in certain sectors. “The perception is that shipping has dragged its heels,” said Mr Roche, “so IMO leapt at the change to prove its green credentials.” However, he feared that when the low-sulphur crisis had passed, IMO will have to deal with the greenhouse gas issue. “That crisis will be on an altogether larger scale.”

Accepting the need for a low-sulphur future, a second panel turned to the legal, insurance, and technical implications. Clyde & Co partner Joe Walsh shared his experience in California, which led him to anticipate “commercial contractual issues, clauses, indemnities, and bunker quality claims. “We had engine blackouts in the early days of switch over to 0.1% sulphur fuel. It was a steep learning curve for ship owners, and also for enforcement agencies and testing laboratories.” 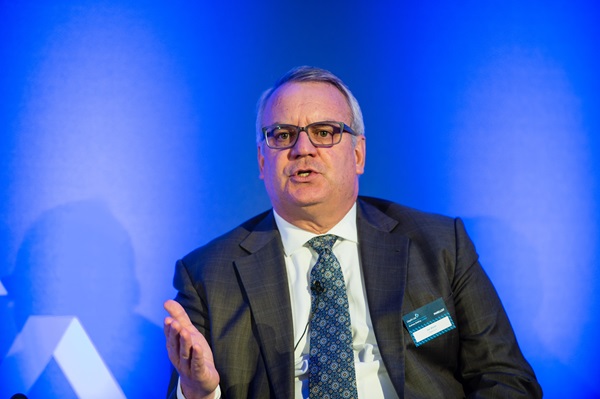 Joe Hughes, CEO of the American P&I Club, said that ships “must be in class as a basis of insurance cover, must comply with ISPS, and so on. Going further, it may be that marine insurers will look at the level of compliance in sulphur fuel issues, even though it won’t be enforceable in IMO code.” The downside of a multi-fuel future, Mr Hughes added, “is the very wide range of different types of fuels, which could create circumstances where engines breakdown – a frequent source of loss for hull underwriters and P&I clubs.” 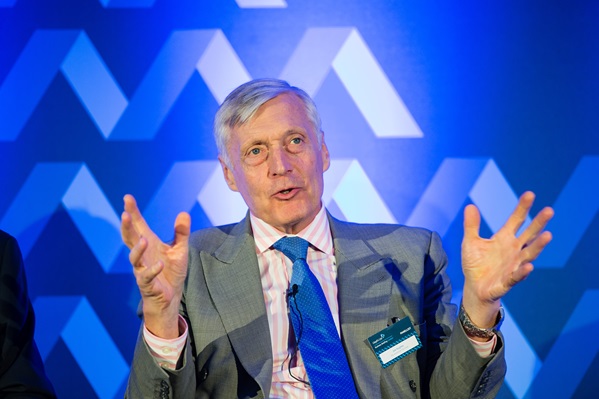 Joe Hughes, CEO of the American P&I Club
Tim Wilson, fuels, lubricants and emissions specialist at Lloyd’s Register, pointed out that every ship owner will have to assess their fuel management plan. The risks are high but there’s no chance of IMO delaying this measure. 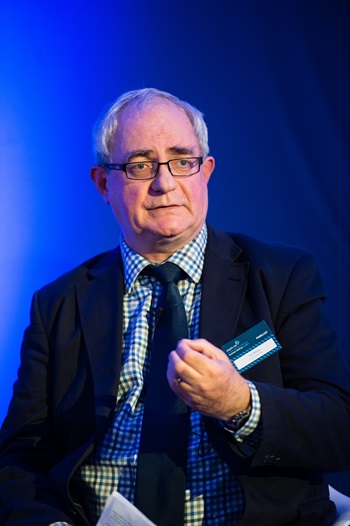 Tim Wilson, fuels, lubricants and emissions specialist at Lloyd’s Register
“Transition must start now for implementation on the morning of January 1, 2020,” Mr Wilson said. As an IACS-member class society, LR is involved in updating the universal recommendations for fuel systems. He said ships in worldwide trading would need to increase the number of fuel tanks to accommodate the diversity of fuels; the crew will be required to carry out fuel system audits, and testing must be much more rigorous than today.

“There will be tendencies for some suppliers to issue fuel that is off-spec on the basis that it won’t get checked. The ship believes it was 0.5% sulphur; it’s not the ship’s fault, it’s the supplier,” he warned.

“As a responsible supplier,” Mr White said, “we will be making fuel available that is compliant. There are likely to be some in the business who see 0.5% as a target, not a requirement. However, legislation will predominantly affect the user of the fuel, not the supplier.”

The way ships can mitigate the risks involved in switching to low-sulphur fuels, speakers agreed, is to collect evidence, be strict on documentation, and strict on the way sampling is witnessed.

The situation is likely to become more confused before it becomes clearer, Iain White concluded. There will be supply disruption in some, smaller ports. The key will be to prepare both in the months ahead of 2020 and in the months thereafter. Most shipowners are likely to opt for low-sulphur fuels – and the supply sector is expected to prepare for this – but there will still be a demand for high-sulphur fuel.

“Whatever route you take, think through the whole supply consequences.”