Korea's flagship carrier is now looking at a second pilot voyage in October, this time with dry containers 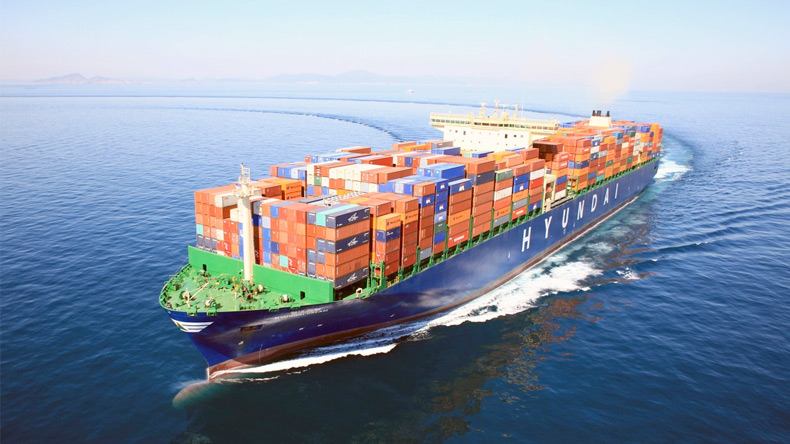 Blockchain technology was applied to shipment booking and cargo delivery, with a review of expanding its use into shipping and logistics.

HMM, with other members of a consortium, conducted the voyage from South Korea’s Busan Port to China’s Qingdao Port on a boxship laden with reefer containers from August 24 to September 4, HMM said in a statement,

During the voyage, blockchain technology was applied not only to shipment booking, but also to cargo delivery. HMM also reviewed the feasibility of introducing the technology into shipping and logistics.

Additionally, HMM tested and reviewed the combining of blockchain technology with the Internet of Things (IoT) through real-time monitoring and managing of the reefer containers on the vessel.

Meanwhile, Korea’s flagship carrier added that it is planning a second pilot voyage in October with dry containers on a vessel. The vessel voyage will employ expanded blockchain technology applications and IoT to more diverse destinations, such as India, China and Thailand.

HMM also will continue reviewing blockchain technology, focusing on technical issues and systematic improvements, until the end of this year.

The carrier’s pilot voyage comes a few months after South Korea formed a government-backed shipping and logistics blockchain consortium to bolster usage of the technology within the country’s shipping industry.

The 15-member consortium, which was established in May, includes HMM, Samsung SDS, IBM Korea, the Ministry of Oceans and Fisheries and Busan Port Authority.

South Korea is not alone in attempting to introduce blockchain technology to the shipping industry.

The consortium, which was set up in August, consists of 14 members, including Mitsui OSK Lines, NYK Line and Kawasaki Kisen Kaisha.

Maersk also partnered IBM in March this year to use blockchain technology to digitise paperwork related to the global supply chain process, to improve efficiency and optimise costs.

The Busan-based think tank, Korea Maritime Institute, wrote in a report in March that blockchain technology could help the global shipping industry save around $27bn a year by reducing delivery costs, as well as securing data.