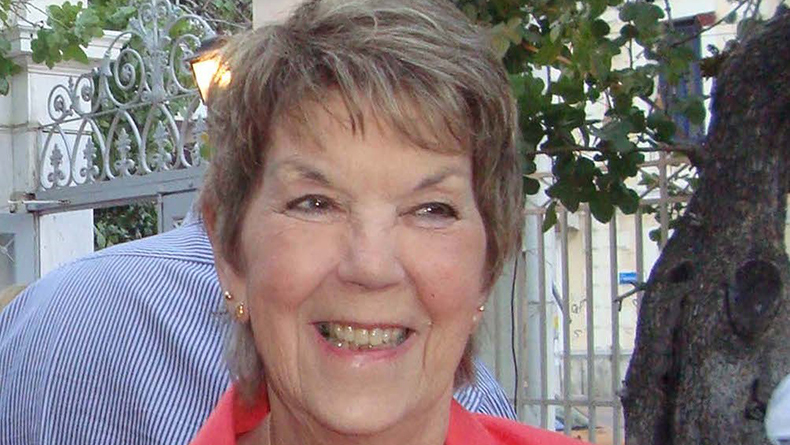 GILLIAN Whittaker, a longstanding Greece-based maritime journalist, died on June 11 after a long battle with ill health. She was 72.

She was the Greece correspondent and later Athens bureau chief for Tradewinds for 24 years. Prior to that, Gill was the correspondent in Athens for Lloyd’s List for a period of eight and a half years.

She stepped down from her role with Lloyd’s List in 1991, citing the need for a break but also her ambition to write a novel during the ensuing one-year sabbatical.

When the need for a regular income became a priority again, the launch of Tradewinds as a new weekly shipping newspaper, and its need for a Greek correspondent, came at just the right time.

Already well established as a specialist in Greek shipping, the job gave Gill plenty of scope to show her versatility – as a serious and scrupulous reporter, a skilled writer with a talent for more colourful, sometimes humorous pieces, and a sociable spirit able to capture events not only in words but with her ubiquitous phone-camera.

Born in Wales, Gill first arrived in Greece in the early 1970s to teach English but other work soon beckoned.

Journalism jobs included a spell as a stringer for a UK tabloid but she found some of the expectations conflicted with her compassionate nature.

Valuable experience was gained with a position at the Athens bureau of the Associated Press news agency.

At the same time, Gill had already had her first taste of reporting on Greece’s burgeoning shipping industry, beginning a relationship of several years with the locally published Shipping International monthly magazine. Though she joined as a writer, she eventually became co-publisher and editor of the magazine, which continues to this day.

Throughout a 35-year career as a chronicler of shipping industry news and culture, Gill’s main focus was on Greece, where she was a well-known and widely admired character among industry circles. But she also covered Turkey and Cyprus and, on a more intermittent basis, Croatia, Bulgaria, Romania and Israel.

Gill was honoured with an ‘Efkranti’ Award in 2015 for her contribution to promoting Greek shipping internationally. The category is one of eight awards given annually by Naftika Chronika, Greece’s oldest shipping magazine, in conjunction with the Hellenic Association of Maritime Economists and the Aikaterini Laskaridis Foundation.

She finally retired just last year after several years of serious health crises, which she fought with courage and good humour, always wanting to get back to work despite the physical challenges.

A memorial service for Gill will be held on June 22 at St Paul’s Anglican Church in Athens.
Advertisement
Advertisement