A 'restraint of princes' clause may relieve carriers from liabilities for delays or damage to cargo, says lawyer 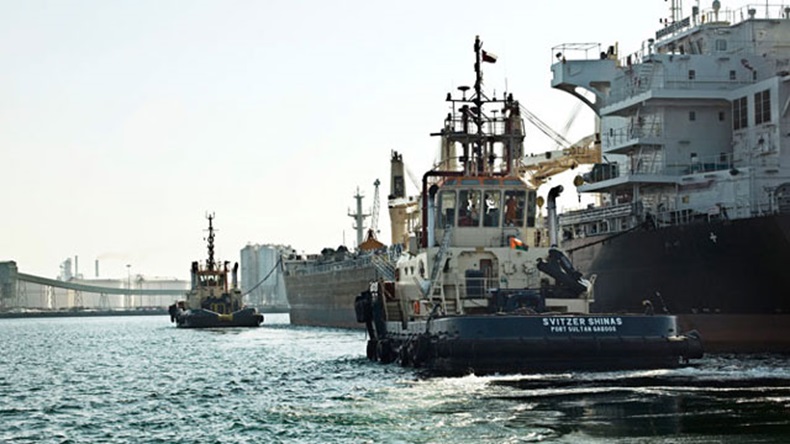 The port of Sohar: Port authorities in Qatar held an emergency meeting with liner shipping players on Wednesday.

LINER shipping players affected by the logistics disruption in Qatar are proposing Sohar in Oman as the alternate transhipment hub, in order to restore their services in the small Middle Eastern country.

Representatives from a number of major carriers, forwarders and feeder operators attended an emergency meeting hosted by port authorities in Qatar on Wednesday, during which the discussion took place, Lloyd’s List has learnt.

The majority of the participants preferred Sohar as a replacement for the current hub, Jebel Ali in the United Arab Emirates, where an embargo against Qatar-bound vessels is imposed.

Qatari shipping group Milaha had already announced service between Sohar and the Hamad Port in Doha, which will have at least three sailings per week starting from July 9, Lloyd’s List was told.

Another Omani harbour, Salalah, was also brought up during the meeting as an alternative because a few major carriers have their main line vessels calling at the port.

Oman and Kuwait have yet to join the move by other Gulf states — led by Saudi Arabia and United Arab Emirates — in cutting diplomatic ties and blocking all land sea and air contacts with Qatar.

A second meeting will be held on June 11 for carriers to decide on the proposals.

As the service disruption continues, the most pressing need for now is to deal with those cargoes already en route to Qatar, shippers said.

Maersk Line today announced a feeder service via Salalah starting from June 19 as a temporary solution to tackle the issue, while other shipping lines said they were still working on a contingency plan.

Cosco said in an announcement on Friday that it would try best to transit onboard Qatar shipments to Hamad, yet “with huge uncertainty in delivery time”.

“Meanwhile, we reserve the right to declare the force majeure and deliver the cargo at a safe and convenient port near by,” it added.

According to an internal company email seen by Lloyd’s List, Kuehne+Nagel said some carriers indicated that they intended to discharge Qatar cargo en route to the Gulf for vessels that will pass through the embargoed ports.

“Inevitably there will be significant additional cost for these containers,” the freight forwarding giant added.

“We need to hold the account fully responsible for all costs before any cargo may be released at destination as and when solutions are found.”

Not a happy situation for cargo interests

Andrew Rigden Green, a partner at Stephenson Harwood, said the blockades against Qatar may fall under the “restraint of princes” exception, which in appropriate circumstances can relieve carriers from liabilities for delays or damage to cargo.

A “restraint of princes” clause will be engaged if there is forcible interference by a government preventing the performance of a charter or contract of carriage. Such actions may include restraints of trade, embargoes, quarantine regulations, blockades and seizures of ships under the pretext of trading with the enemy.

Moreover, the clause may allow carriers to deviate and discharge the cargo somewhere other than the contractual delivery port. The practical inevitability is that extra expenses are likely to be incurred and the question that arises will be who pays for these additional expenses.

“It’s not a terribly happy situation for cargo interests,” said Mr Rigden Green, “although they would appear to be in a better position than those involved in the Hanjin crisis, where cargoes were effectively hostage to the situation.”

A further risk to cargo interests would be if the carrier breached the embargoes. This could result in seizure of their cargo, he added.

“No doubt both cargo owners and carriers will be examining their insurance policies to see if any losses arising from the current circumstances will be covered.”

Maersk Line offers alternative for cargo under way to Qatar