Not a subscriber?
Find out about tailored subscription packages:
T: +44 (0) 20 3377 3792
E: subscription.enquiry@lloydslist.com
Sign In
New to Lloyd's List? Register for our free email digests:
Register
Tags:
Containers The Intelligence Regulation 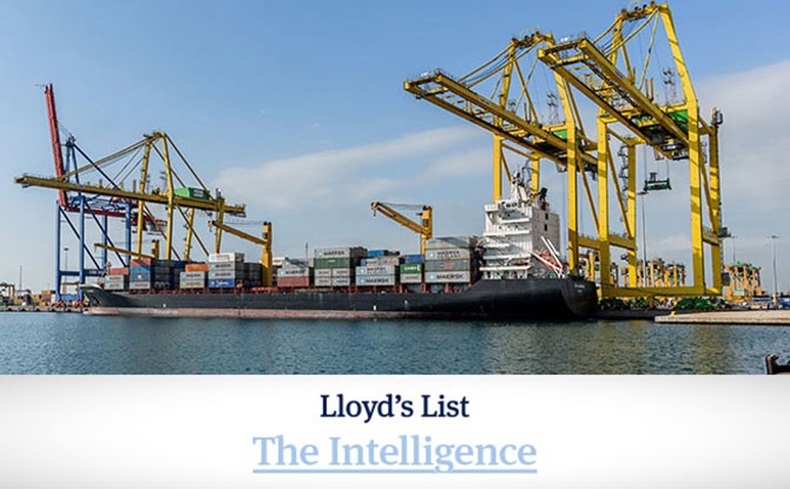 SPAIN is facing multi-million dollar fines as the government continues to drag its feet over port reforms to comply with EU legislation.

However, financial penalties could prove to be the least of the country’s worries if it fails to get a grip of the labour crisis that has turned the situation at Spanish ports into a potential tinderbox, say industry sources.

Current laws governing Spanish ports have given rise to a monopolistic labour system, which at the moment is putting private port operators’ business at risk.

Those with terminal concessions in Spain, such as Maersk Group’s APM Terminals, Hutchison Port Holdings and JP Morgan-owned Noatum, have been left with little to no control over their workforces.

Buoyed by the unions, dockworkers have taken full advantage of their unchallenged position within the system, negotiating wages and benefits that are regarded as wholly unsustainable.

Confidential documents prepared by a leading international financial consultancy firm show that Spanish ports have the highest wage bills in southern Europe, with the country’s stevedores pocketing an average of €80,000 ($85,000) per year. This though is just the tip of the iceberg, as the self-regulation of shift patterns and worker duties have also led to excessive headcounts, swelling labour costs even further.

This has triggered a substantial rise in handling fees at Spanish ports, making it increasingly difficult for companies competing against overseas terminals, which are operating in a normal labour market environment where costs are under control. Those handling predominately transhipment business are therefore at a distinct disadvantage.

Unless the labour situation is resolved, transhipment cargo handled by Spanish ports, which accounts for between 40% and 50% of total container traffic, could be at risk, according to the private papers that were obtained by Lloyd’s List.

“Spain would lose connectivity with main import and export markets and…… become a second-level port, feeder of other main hub ports,” the documents claim.

But the dockworkers are not solely responsible for the current situation, as they have only acted within the boundaries of Spanish law. And for this, the government must shoulder a large percentage of the blame, say critics.

For it was Madrid that signed off on the existing Spanish Ports Act, which came into force in 2010, which in effect created the monopolisation of the labour system.

Perhaps unsurprisingly, the system has not escaped the attention of the European Commission.

In December 2014, Brussels put the case before the European Court of Justice. The Luxembourg court ruled that certain articles within the framework of the national agreement conflicted with the commission’s founding treaty.

The judgement from the court was based on the legality of two aspects governing the port labour system.

First, was how individual port operators, or anyone that wants to perform the loading or unloading of ships in a Spanish registered port, are obligated to participate in a private enterprise ‘pool company’ known as the Sociedad Anónima de Gestion de Estibadores Portuarios (SAGEP). Under the law, terminal operators are required to become shareholders in their regional SAGEP to obtain stevedores to perform work on Spanish soil.

The second violation of the treaty was found in the effective monopoly of the pool workers, which bans operators from hiring external workers from outside the SAGEP.

Following the ruling, the Spanish authorities were given a little over two months, so until February 2015, to communicate with the commission the measures it would take to ensure that its laws governing the port labour system complied with EU legislation. Although the government responded with a set of informal proposals, these were deemed unacceptable.

By April 2016 Spain had still to respond to the satisfaction of the EU, prompting the commission to refer the state to the European Court of Justice for a second time. After failing to comply once more, the commission had seemingly had enough of Spain’s tardy approach and sought financial compensation.

Spain has still to answer

At the time of writing in mid-January, daily surcharges against the state had exceeded €25m. Add this to the one-off fine issued last year, then Spain has potentially accrued fines totalling more than €40m.

A decision on whether Spain will incur these penalties is pending, although the court is expected to give its verdict soon. Indeed, similar and far less complicated cases have rarely taken longer than 18 months to reach a conclusion. Nevertheless, the commission expects the decision to be relatively straightforward and for the fines to stand.

At the same time, the government has still to provide the EU with a timetable as to when it will look to introduce reforms, meaning the situation is just as unclear as it was two years ago.

Meanwhile, unions are trying to resolve the uncertainty for members by demanding that ANESCO, the national employers, shipping agents and shipping line association, starts to negotiate changes in the law needed to comply with the court ruling.

Port operators are reluctant however to discuss these changes as not only is it a complex task, but one usually assigned to politicians and lawmakers.

Moreover, they are afraid that without immediate policy direction from the Spanish government, unions will go on the attack with strikes, go slows and other actions to protect their privileged position.

Efforts so far to stand up to worker demands have frequently been met with industrial action, with both Barcelona and Valencia, for example, subjected to strikes and go-slow tactics in recent months. Without government intervention, terminal operators have had little choice but to concede to the unions.

And there is little to suggest that the unions will not continue to follow a similar path.

A union representative told Lloyd’s List that they will do everything in their power to defend workers’ rights and ensure they get a similar agreement to the one currently in place. Whilst he admitted that it was not an easy decision to call for industrial action, if needs must then they will not hesitate to do that.

Whether the government decides to implement wholesale reforms or seek a means of complying with EU legislation by tweaking the current Spanish law is contentious. Either way, it will certainly not be easy to appease both factions embroiled in the dispute.

It too is concerned about the power held by the unions to disrupt ports and halt trade, hence its cautious approach to the situation.

Dr Eric Van Hooydonk, a Belgium-based lawyer, who wrote a report on behalf of the commission analysing the port labour system across the EU, says that he is aware of a new proposal being worked on by the government.

In the case of the commission, he says that the hope will be for Spain to move toward the general labour laws in place at a number of EU member states, including the UK, Ireland and the Netherlands, where specific port labour regulations have been abolished to bring them more in line with other industry sectors.

“This would mean abolishing all monopolies of pool agencies and all specific rules and regulations,” says Dr Van Hooydonk.

While he believes that some rules could also be put in place regarding the necessary qualifications of dockworkers, they would not contain any necessary restrictions on the deployment of labour.

The unions may not be happy with this outcome, but as Dr Van Hooydonk points out, this does not necessarily mean they will lose all of their social protection as the general labour laws are designed to safeguard workers.

“The government has got to comply with the sentence and also they’ve got to allow the existing operators and owners of the SAGEP the ability to compete with new entrants,” he says.

The fact that the government is not communicating with anybody, however, means that everyone is still in the dark as to which direction it will take, while a lack of leadership is a concern for all stakeholders.

Lloyd’s List understands that Spanish shippers are already putting together contingency plans to reroute cargo away from domestic terminals in case tensions between port employers and unions flare.

Yet there is one caveat that could throw the whole reform process into disarray, if the EU insists on a consistent approach to these matters.

According to reports in Brussels, there is growing noise that the European Transport Commissioner Violeta Bulc is threatening to close a similar infringement procedure in Belgium, by bowing to political pressure to accept cosmetic reform.

“It may defeat all earlier efforts of the commission to force EU member states to put in place genuine reform measures. Mrs Bulc therefore bears a huge responsibility.”

However, even if the transport commissioner decides to close the Belgian case, the Spanish government will still have to clear the mess on its doorstep.

Port companies operating in Spain say they will continue to suffer unless the long-running stand-off is resolved amicably. Reform in some or shape or form is regarded as an absolute necessity.